Home » Health News » What it feels like… to always be tired 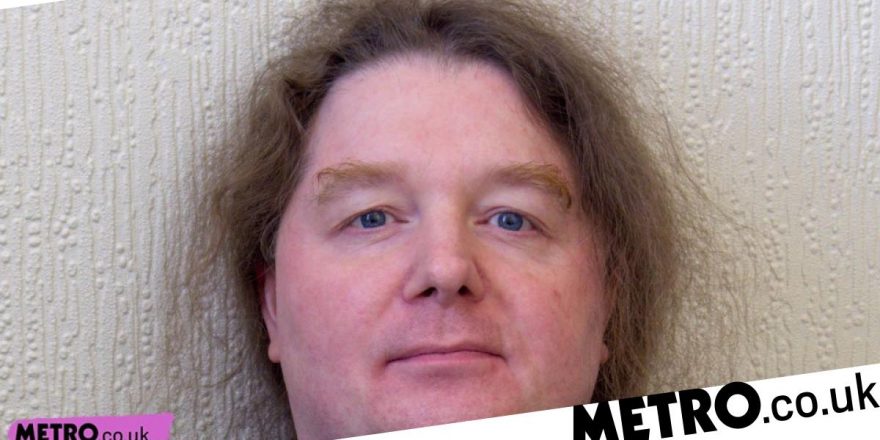 Have you ever had a night where you just couldn’t fall asleep?

Tossing and turning in hopes of finally drifting off peacefully, and yet repeatedly checking the time to discover that it’s moving even slower than you imagined?

Well, that sort of thing has been a big part of my life since I was 16 years old, as I dealt with an extremely rare neurological condition called Non 24 Hour Sleep-Wake Disorder (N24) – a disability that means my biological clock doesn’t synchronise with a 24-hour day.

As a result, I’m nearly always out of sync with the normal night and day cycle and therefore the natural rhythms of society – something that affected my physical and mental health for over two decades.

I first noticed something was wrong in 1992. I was a full-time sixth form student, and I started the year as an outgoing teenager looking forward to making my way in the world. I was living quite an active lifestyle and I enjoyed running, martial arts and cycling. Most evenings, I’d be out at a mate’s house just like any other teenager.

However, over the course of that year, I began to have difficulty sleeping.

I’d often wake up in the middle of the night, struggling to get some shut-eye and wondering how I was going to get through the day ahead. Even when I could, I would find it difficult to stay asleep and would sometimes wake up every half an hour or so.

Most mornings, I felt like I’d swigged half a bottle of vodka and downed a couple of sleeping pills before I left the house.

During that first year at sixth form, I became withdrawn due to relentless sleep deprivation, and I found myself bowing out of social activities because I always felt tired. People around me noticed a change.

I remember a pal of mine said to me one night: ‘What’s going on, Mike? Where are the jokes? Where are the gags?’ Truth is, I didn’t have any banter within me as I battled to stay awake.

Dealing with this consistent level of tiredness also began to affect my physical health. Whenever the problem reached its peak, my immune system would give up and I’d end up with painful cold sores and ulcers, and I’d suffer from muscle weakness due to the lack of restorative sleep. Over the course of a year, I’d gone from someone who had a zest for life to someone who rarely had any energy.

I visited local GPs that year, but they seemed to think it was something that I’d eventually grow out of – but I, unfortunately, didn’t.

During my second year at college, I had to drop out because getting up for classes in the morning had become too difficult. My plan was to start again the following year, but that didn’t happen.

The next year, I started to feel a bit better with no daytime commitments, and I got a job working in an office. Unfortunately, I was only able to hold on for a couple of months due to tiredness during the day coupled with difficulty getting out of bed in the mornings.

I also tried some evening shifts in a factory, but things were no better with that approach. I felt unsafe around the conveyor belts of boxes due to my tiredness, so I had to give that up too.

As a young man trying to make my way in the world, I’d feel heartbroken when I looked at the progress my peers were making compared to me.

I hung onto a semi-normal life for about two and a half years until I had to give up on education and employment entirely in 1995 due to this ongoing issue that I just couldn’t fix.

Eventually, I lost touch with my friends as I became, emotionally, a block of wood in social situations. By then, I was a long way from the old Mike they had known, who always had a joke up his sleeve. In retrospect, I suppose I was no fun to be around, but I sometimes feel bitter when I remember friends that didn’t stand by me or check up on me.

I think another factor in my loss of friendships was the fact that I didn’t have an official diagnosis at the time. Perhaps some people who knew me considered it shameful that I didn’t go to work, and to them, I seemed like I was a dropout who spent all day in bed.

It was then that I was beginning to learn that there is a stigma surrounding sleep problems in society. Family, friends, tutors, employers – I think they all assumed that I was being lazy, but I was trying my best. This illness has the dual baggage that comes with being both rare and invisible.

The years went on and life largely passed me by. I was unable to earn any money, and because I couldn’t get an official diagnosis, I wasn’t eligible for any benefits. This meant that I had to continue living in my old bedroom at the family home, almost completely socially isolated because it was difficult for me to get out and about.

My family supported me as well as they could, but they couldn’t understand what was going on.

After I dropped out of normal life, my room became my whole world. I could just about manage reading books, watching videos and going on the computer, but not much else. The reading I did allowed me to pursue a sort of self-education, to replace the formal one I had missed out on.

Every couple of weeks, I’d manage a walk around the local charity shops to buy books and videos. And that was the total of what had become of my life. It was a lonely, disconnected existence.

Around the turn of the millennium, I made further attempts to get some medical assistance. At the local hospital, I argued my case with health workers who just wouldn’t listen, trying instead to convince me that I was imagining it or that it was the result of a lack of self-discipline.

Their persistent denial that anything was wrong with me started to take its toll. I began to feel that they might be right, and perhaps it was my fault in some way.

After seeking support from doctors and a counsellor for two and a half years with little help, I gave up on arguing and decided not to see them any more.

Because of my condition, I never fully reentered normal life, but things started to improve in 2005 when I decided to try getting up at night instead of the day. This in turn led to the discovery that I could sleep well if I simply stayed up two hours later every single day.

This structure allows me to have a fairly normal day, even if it sometimes occurs during the night and requires me to sleep during the daytime. By doing this, within a few weeks, my health began to recover.

Getting regular sleep for the first time in 12 years meant that within mere months, I’d gone from rarely leaving the house and being so physically weak that holding up a mug of tea sometimes made my arm ache, to being able to ride around the countryside on my bicycle and begin my career as a freelance writer.

I quickly started to get back to my old self: ambitious, curious and interested in being around other people. And I’ve been living that way ever since with good results. It’s far from perfect, but it’s miles better than what I had to endure before.

In 2019, I decided to seek medical assistance once again and the GP I met this time around was much more helpful and understanding. Eventually, I was referred to a sleep clinic in a different part of the country, and one of the specialists I met recognised my condition. It was then, after 27 years that I was finally given my official diagnosis of Non 24 Hour Sleep-Wake Disorder.

This was a revelation for me and served to vindicate what I had always believed: that I had a medical, biological problem.

Since finding out that I have N24, I’ve been able to connect to online support groups. They know the pang of heartbreak when we see the world waking up outside, and yet, it’s bedtime for us. To think, I had thought I was the only person who had this problem until last year.

The main lesson that I’ve taken away from my experience with this disability is the importance of trusting your gut and persevering.

After 28 years dealing with this, I’m finally able to move through life with a new sense of self, backed with an official diagnosis and support from others who are just like me.

MORE : I’m learning to live with my incurable cancer

MORE : Anxiety, unemployment, fears for the future: How it feels to graduate during the pandemic

MORE : I lived through a hurricane ripping my town apart, and it changed me