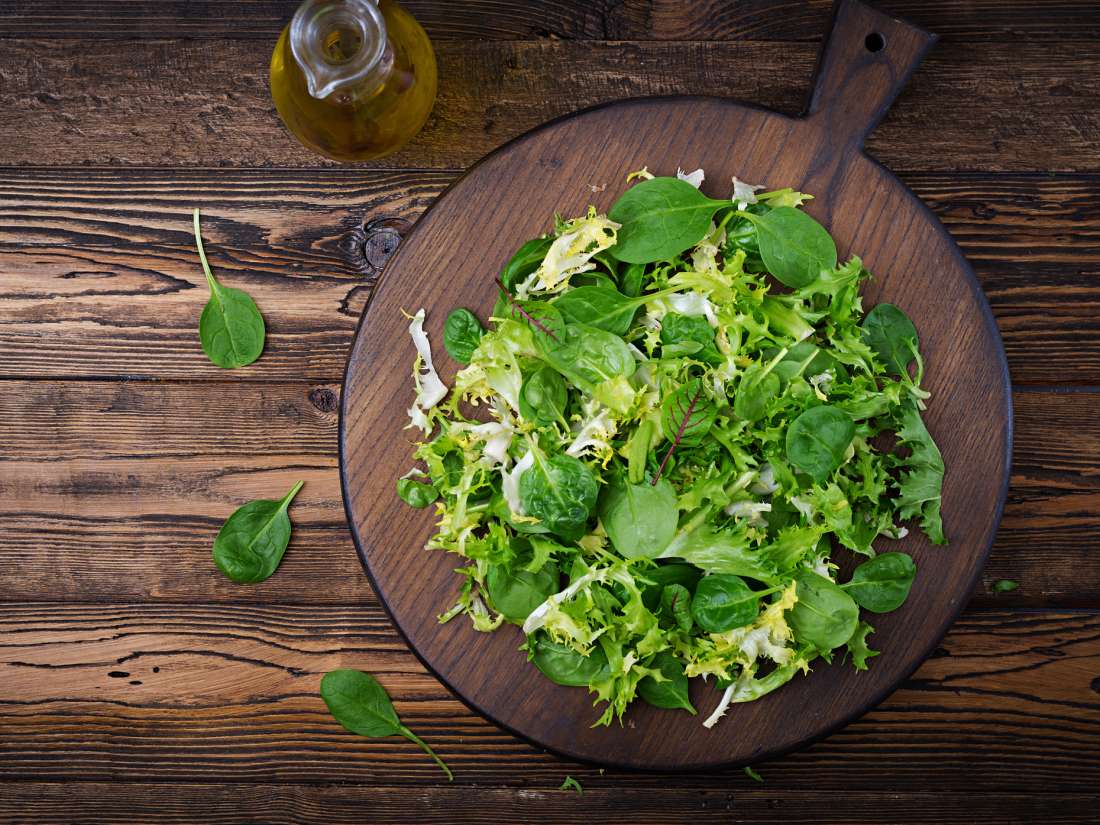 Nonalcoholic fatty liver disease (NAFLD), or liver steatosis, is a condition in which fat builds up in the liver. Between 30 and 40 percent of adults in the United States are living with NAFLD.

The condition is one of the most common causes of chronic liver disease in Western countries, and experts associate it with obesity, being overweight, and metabolic risk factors.

Currently, there are no approved treatments for NAFLD, which can progress into more serious conditions, such as steatohepatitis, fibrosis, and cirrhosis. Healthcare professionals recommend losing weight, making healthful food choices, and doing more physical activity to reduce fat in the liver.

New research, however, may pave the way for a new treatment. Scientists at the Karolinska Institutet in Sweden have just published a study in which they show that inorganic nitrate — a compound that occurs naturally in green leafy vegetables — can reduce the buildup of fat in the liver.

Mattias Carlström, an associate professor in the Department of Physiology and Pharmacology at the Karolinska Institutet is one of the senior researchers and corresponding authors of the study.

Carlström and colleagues studied the effects of supplementing a high-fat, high-sugar Western diet with dietary nitrate in mice.

As expected, the mice in the high-fat diet group gained weight and fat mass, and they had raised blood sugar levels. However, all of these markers were significantly lower in the group that also received nitrate.

Carlström reports on the findings, saying, “When we supplemented with dietary nitrate to mice fed with a high-fat and sugar Western diet, we noticed a significantly lower proportion of fat in the liver.”

The researchers also found that the rodents that received the nitrate had lower blood pressure and better insulin sensitivity than those on a high-fat diet without nitrate.

Previous research, the investigators explain, has shown that dietary nitrate boosts cell metabolism. It has also suggested that green leafy vegetables may protect against metabolic conditions, such as type 2 diabetes.

Scientists also know that higher consumption of fruits and vegetables has a positive effect on cardiovascular function.

“We think that these diseases are connected by similar mechanisms,” Carlström hypothesizes, “where oxidative stress causes compromised nitric oxide signaling, which has a detrimental impact on cardiometabolic functions.”

The researchers explain that the medical community still does not know exactly which compounds make leafy greens so healthful. “No one has yet focused on nitrate, which we think is the key,” continues Carlström.

“We now want to conduct clinical studies to investigate the therapeutic value of nitrate supplementation to reduce the risk of liver steatosis. The results could lead to the development of new pharmacological and nutritional approaches.”

More studies are necessary to clarify which compounds are responsible for these healthful properties and to confirm that nitrate is key for liver and metabolic health. In the meantime, the team advises people to consume more green leafy vegetables.

Those with the highest concentration of inorganic nitrate include “celery, spinach, lettuce, and rocket.”

“[I]t doesn’t take huge amounts to obtain the protective effects we have observed — only about 200 grams per day,” says Carlström. “Unfortunately, however, many people choose not to eat enough vegetables these days,” he adds.