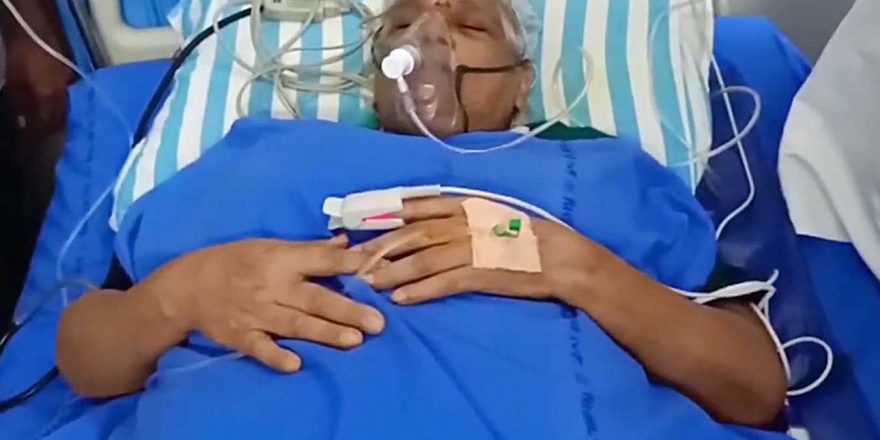 A woman from Southern India recently became a mother for the first time at age 74 — and in doing so, is also believed to have made history as the oldest woman to give birth.

Erramatti Mangayamma welcomed two baby girls via C-section on Thursday at a private hospital in Guntur, The Times of India reports.

Despite the risks of giving birth at her age, Dr. Sanakayyala Umashankar, the director of the hospital who also performed the surgery on Mangayamma, told the outlet all went well with her delivery.

“Both the mother and babies are doing fine,” the doctor said. “Ten doctors worked for nine months to keep a close watch on her health. This is a medical miracle.”

Speaking to The Hindustan Times, Dr. Umashankar also added that Mangayamma had been taken to the intensive care unit following the C-section “to come out of the stress she had undergone for the last few hours.”

RELATED: A New Baby at 55: Why — and How — Brigitte Nielsen Had Another Child Late in Life

Mangayamma, who has been married to her 80-year-old husband E. Raja Rao since 1962, had been unable to conceive naturally for years and opted to try in vitro fertilization (IVF) after learning of a neighbor who had undergone the process at 55, according to The Hindustan Times.

The couple then consulted Dr. Umashankar to help Mangayamma with her journey of getting pregnant in her 70s.

Though Dr. Umashankar told The Times of India, The Hindustan Times, USA Today and The Washington Post that Mangayamma was 74 based on her birth certificate, several other news outlets have reported that she is 73.

“She could not succeed in her attempts to conceive even after visiting several hospitals. Even after she attained menopause nearly 25 years ago, she had a strong desire to become a mother,” Dr. Umashankar told The Hindustan Times. “She decided to try the method and approached us. We were surprised at her willpower.”

“We conducted all the medical tests and found that she was medically fit for conception through IVF,” the doctor added.

However, there were challenges on her journey to conceiving. Because Mangayamma had already gone through menopause, she was no longer producing eggs. To get around this, Dr. Umashankar said they relied on an egg donor.

RELATED: Andrea Canning, 46, Opens Up About Welcoming Her First Son After Five Daughters with Help of IVF

“We tried with an egg obtained from another donor and fertilized it with the sperm of Raja Rao through IVF method. Luckily, she conceived in the first cycle itself and she was found to be pregnant this January,” Dr. Umashankar told The Hindustan Times.

Finally hearing that she was pregnant was quite the relief, Mangayamma told the outlet.

“People looked at me with accusing eyes, as if I had committed a sin,” she recalled. “Neighbors would call me ‘godralu’ [a curse word for a childless woman]. However, my husband stood by me like a rock.”

Since then, Mangayamma remained in the hospital with a number of medical professionals, including cardiologists, pulmonologists, gynecologists and nutritionists, monitoring her progress.

She was also forced to go through several rounds of psychological counseling to ensure that she was mentally strong, according to the local outlet.

After years of failed attempts, one round of IVF, an eight-month stay in the hospital and constant doctor observations, Mangayamma and Rao finally met their little girls on Thursday morning.

“I am very happy. After 54 years, God has answered our prayers,” the new mom told The Times of India.

“It’s due to the grace of God and doctors that I have now become a proud father of two baby girls,” added her husband, Rao. “We are the happiest couple on Earth today. We have our own children.”