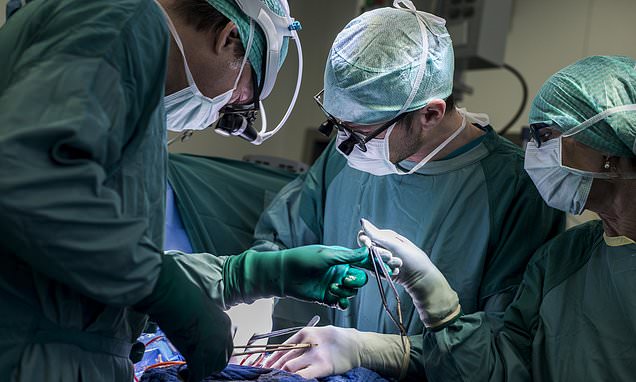 Women have DOUBLE the risk of a deadly stroke after heart surgery compared to men, study finds

Women are more likely to experience serious complications after heart surgery than men are, a new study finds.

They believe women may not be diagnosed with heart problems as quickly as men are or that women’s hearts and blood vessels are more ‘fragile’ and, therefore, they need more delicate procedures than the ones men undergo.

The team, led by Lawson Health Research Institute in Ontario, Canada, says it hopes the findings leading to cardiologists practicing more personalized medicine as opposed to a standard approach for all their patients. 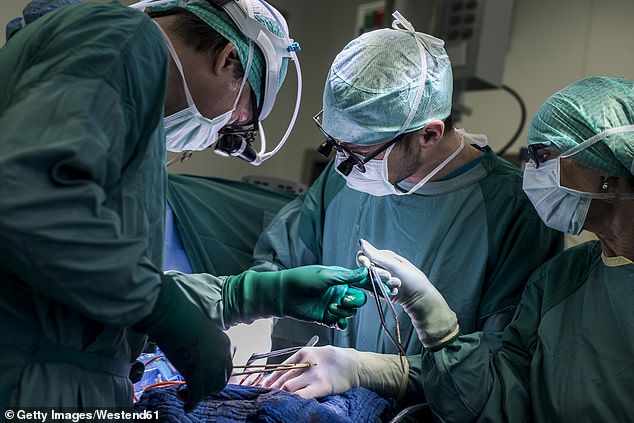 For the study, published in Circulation, the team looked at 1,700 male and female patients who had surgery across 10 clinics in Canada for a thoracic aortic aneurysm.

The aorta is the body’s main artery that carries blood from the heart to the rest of the body.

A thoracic aortic aneurysm occurs when a weakened area of the upper part of the aorta creates a bulge.

This bulge can rupture and lead to a tear in the artery wall, which causes life-threatening bleeding, according to the Mayo Clinic.

In every category, women fared worse than men.

‘When we took all of that into consideration, going into aortic arch surgery, you’re slightly less than twice as likely to die if you’re a woman.’

The authors say they’re not sure why these differences in sex occur, but they have a few theories.

One theory is that women don’t tend to show symptoms until a complication, such as a ruptured aorta, occurs.

In that case, the risk of emergency surgery is 10 times higher than a non-emergency procedure, known as an elective surgery, according to the Lawson Institute.

Additionally, when women do show symptoms, they might not be typical ones like dizziness and chest pain.

‘This may explain the difference in outcome between women and men in emergency situations, when patients experience something like an aortic dissection, or a ruptured aorta.

“But even still – we analyzed both situations – when people came for elective versus emergency surgery – and women still did worse either way.’

He also said an aortic aneurysm may be more severe in a woman than in a man.

Dr Chu told The London Free Press that, for example, a doctor many not recognize that an aorta measuring 55 millimeters is less severe for a man than it is for a woman.

The team says more research is needed to understand why this gender bias exists in cardiovascular medicine – and other fields.

‘We have discovered an unfortunate phenomenon that will hopefully lead us down a path of more personalized medicine,’ said Dr Chung.

‘This helps us understand that surgery shouldn’t be the same for men and women, and that we must educate ourselves about picking up symptoms in women sooner.

‘Our take home is that we need to do more research.’