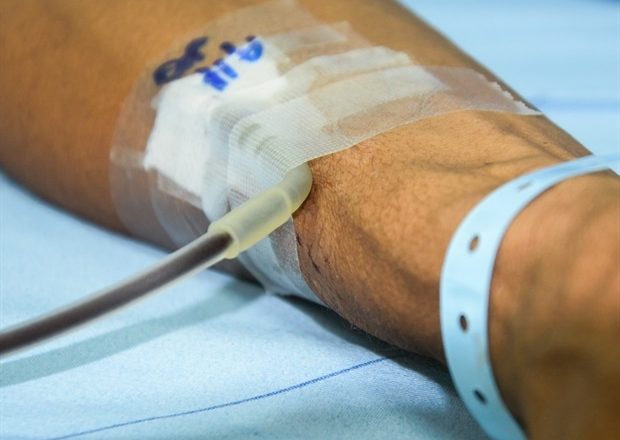 There are three forms of beta thalassemia that vary in severity and symptom onset and these are described below:

Individuals with thalassemia major usually develop symptoms within the first two years of life. These infants may fail to thrive and often have difficulty feeding, tire easily and suffer from severe anemia.

The infants may also suffer from diarrhea, irritability, recurrent episodes of fever, and other intestinal problems. These children have trouble gaining weight and growing at the rate expected for their age. Other complications include enlarged spleen, heart and liver and misshapen bones.

In many cases, the symptoms are severe enough to warrant regular blood transfusion to replenish the blood with healthy red blood cells. However, these regular transfusions can lead to a build up of iron in the blood that can damage the heart, liver and endocrine system and chelation therapy may be needed to remove this iron from the body.

The symptoms of thalassemia intermedia are milder than those of thalassemia major and often manifest later in life. Such individuals may have mild to moderate anemia and growth abnormalities. Often patients do not require transfusions when they are younger but may need to start them when they are older.

Beta thalassemia is diagnosed based on various different tests which include:

In cases of beta thalassemia, the red blood cells appear small (microcytic) and pale (hypochromic), compared to those seen on normal blood smears. The red blood cells may also be nucleated, an indication that they are immature forms (also known as erythroblasts).

Thalassemia minor is characterized by a reduced MCV and MCH and an increased haemoglobin A2 level.

DNA analysis can be performed to check for mutations in the genes that code for the beta globin chains found in hemoglobin. The test is not usually carried out routinely but may be performed in cases where a physician suspects the condition based on signs and symptoms such as anemia, breathlessness and the results of blood tests. DNA analysis can help diagnose the condition as well as determining carrier status in other members of the family.

Some of the complications associated with beta thalassemia (especially thalassemia major) include:

Dr. Ananya Mandal is a doctor by profession, lecturer by vocation and a medical writer by passion. She specialized in Clinical Pharmacology after her bachelor's (MBBS). For her, health communication is not just writing complicated reviews for professionals but making medical knowledge understandable and available to the general public as well.