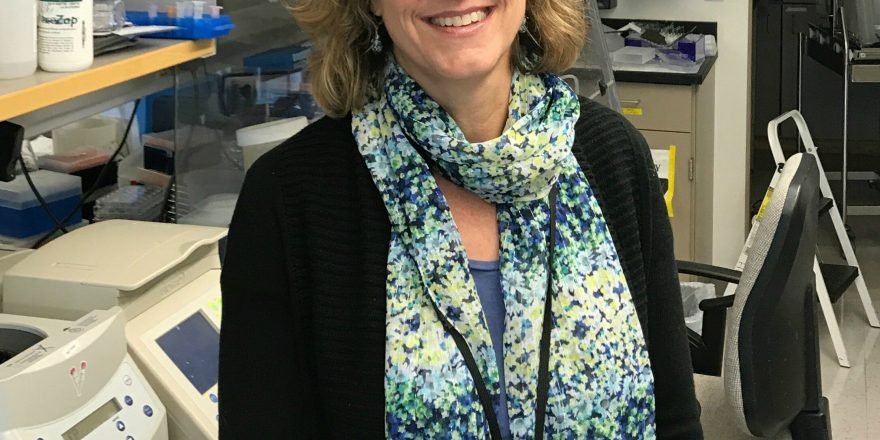 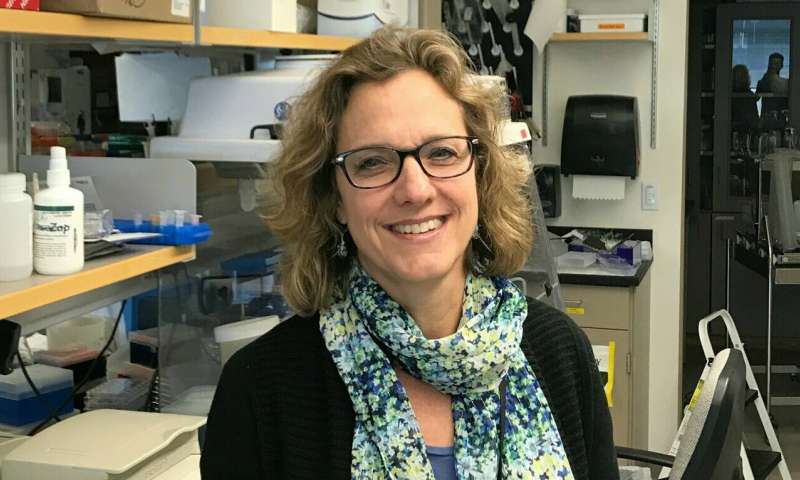 Many cancers are relatively harmless at their site of origin, and it is only when they metastasize to sites like the brain, bones, lungs, and liver that they become especially dangerous. And so, in addition to stopping the growth of cancer at its primary site, an ongoing goal of cancer research is to keep cancer contained—to stop its ability to travel through the body. A University of Colorado Cancer Center study presented at the American Association for Cancer Research (AACR) Annual Meeting 2019 offers another step in an ongoing line of research aimed at exactly that.

Over the course of about a decade, the lab of Heide Ford, Ph.D., CU Cancer Center Associate Director and the David F. and Margaret Turley Grohne Chair in Basic Cancer Research, has shown that a “transcriptional complex” called SIX1/EYA can gift cells, and even nearby cells, with the ability to metastasize. Now the lab, in partnership with the lab of Rui Zhao, Ph.D., associate professor in Biochemistry and Molecular Genetics at CU Anschutz Medical Campus, and with the National Institutes of Health, has identified a compound that inhibits this action. When the group administered this yet-to-be-named compound to mouse models of breast cancer, they found that it could, “dramatically suppress breast cancer associated metastasis,” the study writes.

“A few years ago, we did a small-molecule screen,” Ford says. “Rui [Zhou] set up a high-throughput screen to identify compounds that would disrupt SIX1/EYA, and Juan Marugan and his team at the National Chemical Genomics Center miniaturized the screen and then used their compound libraries to perform a large-scale screen. We got a bunch of compounds and have been working to improve them ever since. Our lead compound is looking great—we don’t quite understand the mechanism of action yet, but in preliminary experiments it dramatically affects metastasis.”

Like many mechanisms in cancer, one factor making the story of SIX1/EYA and metastasis especially complex is that these are far from the only players. First, the Six1 gene itself is involved in the early development of many of the body’s tissues, including muscle, auditory, kidney, and craniofacial structures. But after early development, this gene goes quiet in most adult tissues—unless it is accidentally paired with EYA after development is complete, which can restart Six1’s action out of context.

The resulting SIX1/EYA pairing is a “transcriptional complex” that can regulate how often other genes are read and manufactured, effectively turning up and down gene expression. In the context of cancer, work in the Ford lab and elsewhere shows that SIX1/EYA is like a volume knob that magnifies signals transmitted through a network called TGFb. Cells on the receiving end of this TGFb signal go through a rather dramatic transformation, called an epithelial-to-mesenchymal transition, or EMT.

Epithelial cells can’t travel through the body. They must remain anchored to the tissues where they grow; if they become unanchored they die through a process called anoikis, or “the state of being without a home.” But cells with mesenchymal properties shrug off anoikis and thus can travel through the body more easily. So, the chain of cause-and-effect goes something like this: EYA interacts with SIX1; together SIX1/EYA turns on TGFb signaling (along with additional signaling pathways that promote migration and invasion), which induces cells and even nearby cells to undergo EMT, making these EMT cells suddenly able to travel. The result is that cancer cells that should be stuck in place become able to metastasize.

“What we think our drug is doing in the tumors is it might be somehow reversing the EMT, making these cells unable to metastasize,” Ford says. “In fact, we didn’t have enough drug in this study and so we had to stop administering it in our animal models after only three weeks, but we measured metastasis out to nine weeks and it remained almost absent, implying that there is some sort of long-lasting effect that we wouldn’t have predicted.”

Because SIX1 has no role in most adult tissues, inhibiting its action should have few side-effects.

“We’ve done toxicity tests in collaboration with Dan Gustafson from Colorado State University, and a dose that was almost twice what we administered in our study still had no toxicity we could measure,” Ford says, noting that lack of toxicity means that in addition to exploring this compound as a single-agent therapy against cancer metastasis, it may be possible to combine SIX1/EYA inhibition with other therapies, without increasing toxicity.

In addition to grants from organizations including the National Institutes of Health and National Cancer Institute, Ford’s lab recently received a grant from SPARK Colorado, a program meant to speed the translation of promising basic science into clinical application. Ford hopes to use grant monies to, “hire chemists to make the drug more soluble, more stable, and more potent.”