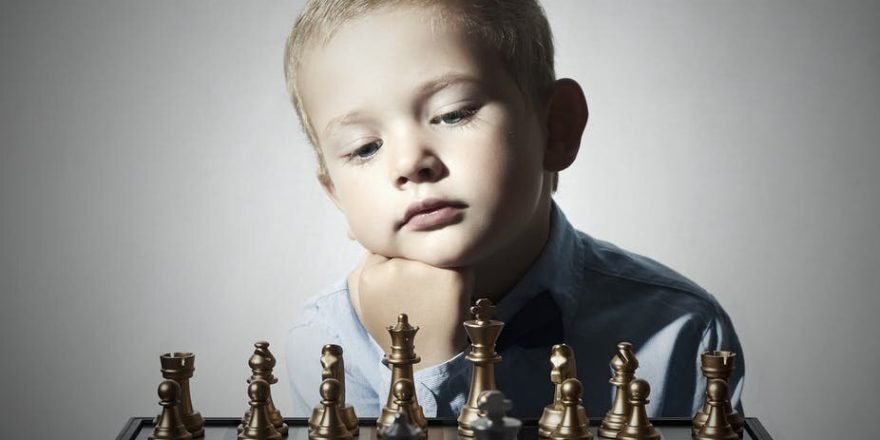 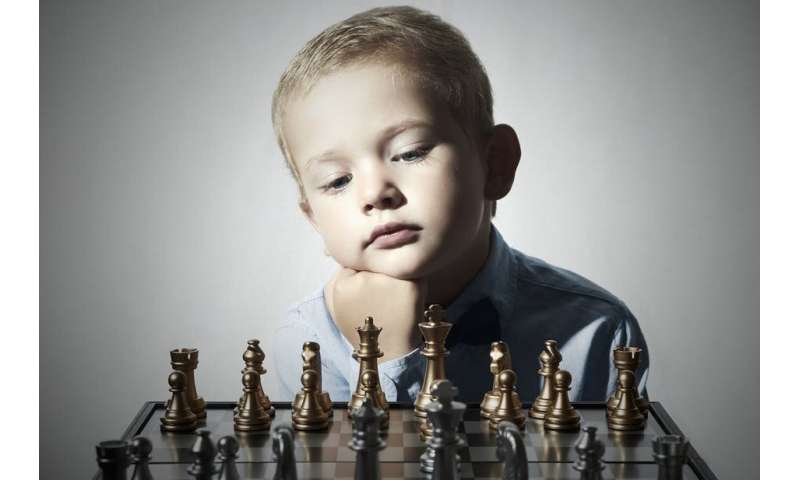 Some people think talent is born. The often-told story of Mozart playing piano at 3 and composing at 5 reinforces such beliefs.

But here’s the rest of that story: Mozart’s father was a successful musician, composer and instructor. He was devoted to teaching Mozart and helping him practice hard and achieve perfection.

Despite all this, Mozart did not produce his first masterwork until his early 20s – after about 15 years of arduous practice and top-notch instruction.

Talent, I argue, is not born, it’s made – and parents can make a big difference.

Although some might believe that talent is rare, psychologist Benjamin Bloom said otherwise after he investigated top performers in six talent domains: “What any person in the world can learn, almost all persons can learn if provided with the appropriate conditions of learning.”

Those appropriate conditions include five things: an early start, expert instruction, deliberate practice, a center of excellence, and singleness of purpose.

Children can’t ignite and stoke these talent factors on their own. Instead, as I argue in my 2019 book, “Nurturing Children’s Talents: A Guide for Parents,” children need a talent manager, most often a parent, to nurture talent growth. I make this case as an educational psychologist who specializes in learning and talent development.

Let’s take a closer look at these talent factors and parents’ influence.

The seeds of talent are usually planted early and in the home. One study revealed that 22 of 24 talented performers – from chess players to figure skaters – were introduced to their talent domains by parents, usually between ages 2 and 5.

Some of those parents were elite performers or coaches themselves. One was national championship volleyball coach John Cook, who raised All-American volleyball star Lauren Cook.

“I think my daughter had an advantage because of my job,” coach Cook said. “She grew up around volleyball. When she was a little kid, we set up a mini court in the basement and would play volleyball on our knees.”

Some parents were not linked to the child’s eventual talent area but provided a nurturing early environment that sparked a talent interest. Such was the case for Adora Svitak, an accomplished child writer and presenter.

Adora published two books by age 11 and made hundreds of international presentations, including a TED Talk viewed by millions. Adora’s parents, John and Joyce, were not writers or presenters, but they set the stage for Adora’s accomplishments. As her mother describes, they read “interesting and fascinating” books to her for more than an hour each night. “Reading really helped shape Adora’s love for learning and reading,” she said.

In addition, they encouraged Adora’s early writing, offered guidance, helped her publish her books and arranged speaking engagements. Joyce eventually quit her job to manage Adora’s career. She said, “It is a full-time job, and it can be hard. But, I don’t just manage somebody; I manage my daughter.”

With few chess resources near their Utah home, Dan assumed chess-coaching duties. To do so, Dan studied chess 10 to 15 hours a week during lunch breaks and after hours.

He read books, watched videos, and studied grandmaster games that allowed him to create a book with specialized lessons to instruct Kayden during nightly training sessions. Eventually, when Dan could no longer keep pace with Kayden’s growth, he arranged for Kayden to take lessons from grandmasters via the internet.

To pay for lessons costing US$300 a month, Dan, a banker, and his wife worked extra jobs as custodians and spent 400 hours organizing an annual chess camp.

Practice among the talented is never casual, it’s deliberate: goal-directed and beyond one’s comfort zone.

“Some days in practice you’re just so exhausted. You’re sore and your entire body aches, and it’s hard to find motivation. Your brain shuts down but your body keeps going through the muscle aches, heavy breathing and throwing up. People don’t realize how hard swimmers practice; they think we just jump in the pool and swim a few laps.”

When I asked Jayde Atkins, a national high school rodeo champion, why she is so talented, she said, “Look at all I have, I should be good.” Jayde was raised on a horse ranch in central Nebraska and began riding at age 2.

Her parents, Sonya and J.B., are riders and professional horse trainers who taught her the ropes and practiced with her for hours each day. The Atkins had well-bred horses and a big trailer to transport them to nearby towns for rodeo competitions. The family ranch was a self-made center of rodeo excellence.

Most talented performers do not a have a center of excellence outside their back door. In those cases, they may travel to get to one. Consider three tennis players from Lincoln, Nebraska, my hometown. With their parents’ blessing and support, Jon and Joel Reckewey left home as teenagers and moved three hours away to Kansas where they trained at the prestigious Mike Wolf Tennis Academy.

One chess parent I interviewed told me, “The extraordinary time we put toward this one activity takes him out of a lot of fun and games.” Another parent said, “He’s not interested in school; he’s interested in chess. He just lives and breathes chess.” That same parent said, “We once took chess away (because of low school performance) and he was miserable. It was like yanking out the soul.”

When I asked chess parents why their children dedicate themselves to chess the way they do, they were unanimous about how much joy and satisfaction their children got from pursuing chess.

Parents support this singleness of purpose. However, on occasion, they may find themselves supporting more than one passion. For instance, McKenzie Steiner is an all-state softball player and rising country music star. Her father, Scott, was McKenzie’s longtime softball coach, logging thousands of hours a year on the diamond and practicing pitching in the backyard, and also serving as her country band assembler, promoter and manager.