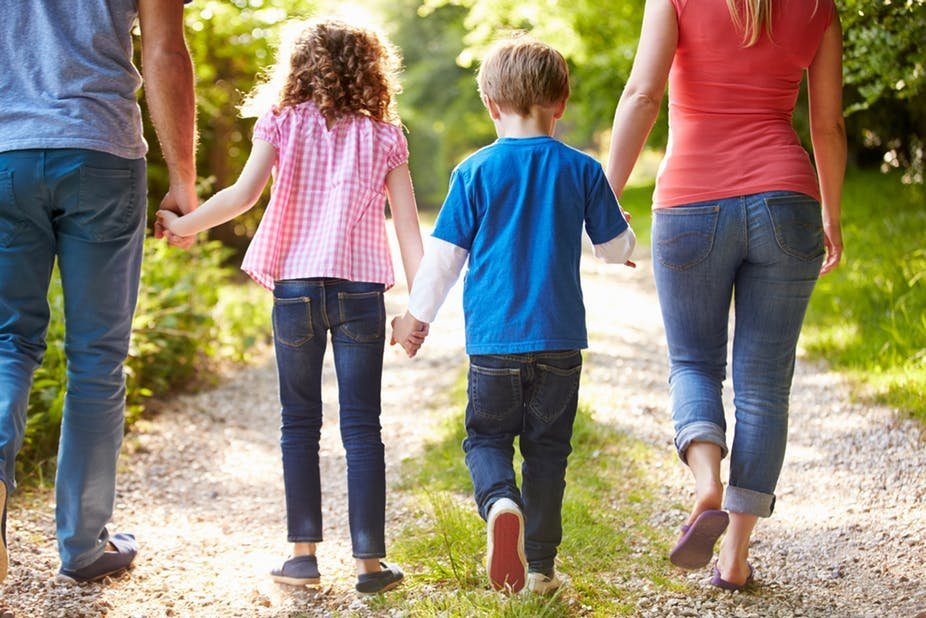 Children are a wonderful gift, bringing joy, laughter, and love. But, then there are the toys, the sleepless nights, the constant barrage of “why?” questions and the plethora of sticky handprints.

For many parents, the decision to have a second child is made with the expectation that two can’t be more work than one. But our research on Australian parents shows this logic is flawed: second children increase time pressure and deteriorate parents’ mental health.

Our study used data from the Household, Income and Labour Dynamics in Australia (HILDA) Survey, following roughly 20,000 Australians for up to 16 years. The goal was to see what happens to parents’ time pressure and mental health as first children are born, age and new siblings arrive.

We weighed two main questions that many parents ask themselves when making the decision to have a second child: Do things get better as children grow older, sleep more and gradually become a bit more independent and robust? Or does a second child add to what may already be a highly stressed and time-poor household?

The most ambitious discussions about having second children occur during a date night, in between the first and second bottle of wine – where the short and long-term impacts of children peer out from the distant future.

These tensions between the short- and long-term impacts of children tap into what social scientists call the stress process model. In this perspective, major life events can increase stress either in the short-term, as an eventful experience, or as a chronic strain, with effects that linger over time.

Health researchers show that chronic stress is the most detrimental to health and well-being, contributing to cardiovascular disease, obesity and other major diseases. We are not arguing that children lead to heart disease – we have our Western diets to thank for that – but rather pose the question of whether the birth of first and second children has short or long-term effects on Australian parents’ time pressure and, because of that, mental health.

The birth of a first child introduces adults to a new role – that of parent – that comes with expectations about how to allocate time to work or family. Following childbirth, many Australian mothers take a year of parental leave. Some return to work, but others do not.

Most Australian fathers maintain full-time work after children are born, in part to make up for mothers’ employment reductions, but also because Australian parents become more traditional in their gender roles following childbirth.

Mothers and fathers are more likely to believe that women should stay home to care for children once they become parents than when they were childless. As a result, the bulk of the childcare falls to mothers.

Second (and third) children do not introduce a new role into parents’ lives, but rather increase the demands of the parent role. In theory, parents of second children have developed parenting skills – including how to clean a bottle while rocking a baby, and to never buy expensive dry-clean-only clothes again. These parenting skills may mean that second children bring less time pressure and stress than first children.

Our results, however, do not support this claim.

Although we hoped parents’ time pressure would diminish over time – as they gained more skills or kids entered school years, we found that time pressure lingered. We also thought that parents working full-time or those doing most of the housework would be the ones experiencing increased time pressure.

Instead, we found that time pressure increased with first and second children for all parents, whether they were working or not. Thus, reducing work to part-time is not a solution to this time-pressure problem. Parents of third children fare no better, indicating that children are not economies of scale.

So, what does this mean for Australian families and the institutional environment in which they are embedded? First, mothers cannot shoulder the time demands of children alone. Even when they reduce their work time to accommodate children’s demands, their time pressures do not ease. This has important consequences for their mental health.

Further, the effects of children on mothers’ time pressure is not short-lived, but rather is a chronic stress that slowly deteriorates their health. As such, maternal time pressure must become a top health priority for practitioners and policymakers.