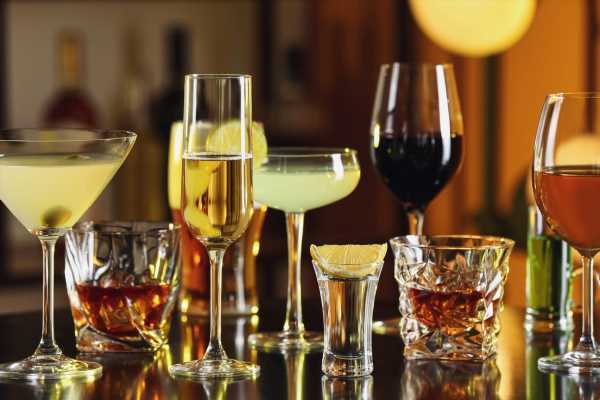 How Does Alcohol Consumption Affect the Immune System?

Although alcohol consumption is typically associated with liver damage, both moderate and chronic alcohol use can significantly impact the immune system, thereby limiting the ability of the body to protect itself from infection and disease adequately.

The immune system is typically categorized into the innate and adaptive immune response systems, both of which are essential components in the body’s defense against pathogens.

Alcohol and the microbiome

The first point of contact for alcohol after consumption is the gastrointestinal (GI) system before it is absorbed into the bloodstream. Here, alcohol can damage the epithelial cells, T-cells, and neutrophils in the GI tract, all of which can alter the gut barrier function and allow intestinal microorganisms to leak into circulation.

Several studies have demonstrated the dose-dependent effect that alcohol has on preventing both monocytes and macrophages from binding to the bacterial cell wall component lipopolysaccharide (LPS).

Monocytes express Toll-like receptor (TLR) 4, the PRR that is often responsible for recognizing LPS on the surface of Gram-negative bacteria. After binding to LPS, monocytes are activated and mature into macrophages that travel to the site of infection to secrete important cytokines for the inflammatory response.

Each of these events is mediated by the activation of nuclear factor kappa B (NFκB), which can be inhibited by alcohol consumption and thus prevent the production of pro-inflammatory cytokines. In vivo studies have confirmed that binge drinking with a blood alcohol concentration (BAC) of approximately 0.4% can reduce the production of various inflammatory cytokines including interleukin-6 (IL-6), IL-10, and IL-12.

In addition to laboratory studies confirming the impact of alcohol consumption on the innate immune system, several studies have looked at how heavy drinking can alter plasma cytokine levels. To this end, one study analyzed IL-10, IL-6, IL-18, and tumor necrosis factor α (TNF-α) levels in 25 non-treating seeking heavy drinkers after they had consumed an alcoholic drink. The researchers reported significant reductions in the TNF-α levels three and six hours after the alcohol consumption.

Effects of alcohol on adaptive immunity

Although most research has focused on the effects of heavy alcohol consumption on the immune system, several studies have also confirmed that even moderate consumption can have significant effects on the immune system. For example, one study found that women who consumed 330 mL of beer for 30 days exhibited a significant increase in leukocytes, mature CD3+ T-cells, neutrophils, and basophils. In contrast, men who consumed a similarly moderate amount of beer for the same period exhibited a significant increase in basophils alone.

Alcohol consumption has also been shown to alter immunoglobulin (Ig) levels. To this end, heavy drinkers have been shown to exhibit an increase in both IgA and IgM levels when compared to both moderate and light male drinkers.

The ability of alcohol to alter both innate and adaptive immune defenses inevitably impacts how the immune system of even a moderate alcohol drinker can respond to infections. In fact, alcohol use has been shown to increase the susceptibility of drinkers to both bacterial and viral infections, as well as advance the progression of several chronic viral infections, including human immunodeficiency virus (HIV) and hepatitis C.

How does alcohol affect your immune system?- BBC

Several studies have also shown that the lungs are highly vulnerable to the effects of alcohol. For example, alcohol can reduce the ability of respiratory epithelium cells to remove mucous from the lungs, which can directly damage lung tissue and weaken the proper functioning of the lungs over time. Although this chronic weakening of lung function may not cause any immediate symptoms, these effects can manifest when a severe respiratory infection occurs.

After completing her Bachelor of Science in Toxicology with two minors in Spanish and Chemistry in 2016, Benedette continued her studies to complete her Master of Science in Toxicology in May of 2018.During graduate school, Benedette investigated the dermatotoxicity of mechlorethamine and bendamustine; two nitrogen mustard alkylating agents that are used in anticancer therapy.