Home » Health Problems » ‘I got there first!’ How your subjective experience of time makes you think you did – even when you didn’t

‘I got there first!’ How your subjective experience of time makes you think you did – even when you didn’t 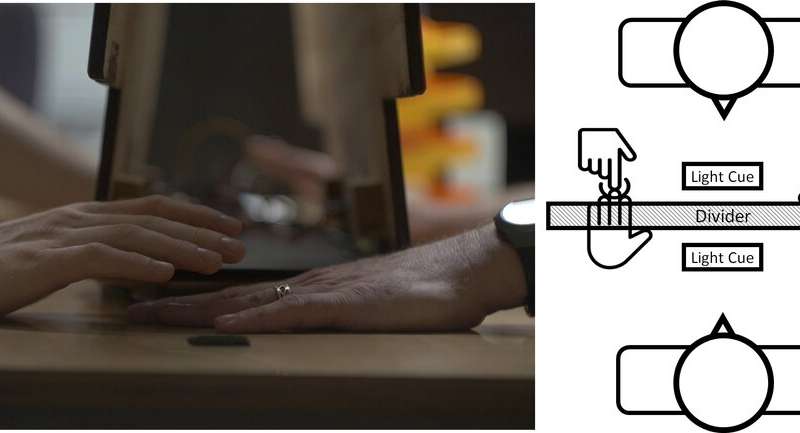 Imagine a championship match between two rival basketball teams. The game is tied, seconds left on the shot clock, two players lunge forward, reaching for the ball. In a split second, their hands both collide with the ball, but neither player gains possession. Instead, the ball goes soaring out of bounds. Immediately an argument erupts as each player claims the other knocked the ball out. The referee desperately tries to break the two apart and make the correct call.

Heated arguments like this are an all-too-familiar sight in competitive sports. From tennis to baseball to football (both versions) to basketball, referees and umpires have a tough job: making high-stakes judgment calls on what happened and where, knowing full well that no matter what they decide, players and fans alike will be outraged.

As cognitive scientists, my colleagues and I are interested in explaining differences in perception among people watching the same events unfold. In baseball, researchers already know that differences in the speed of sound versus the speed of light can cause different perceptions of whether a player is safe or out. What about in the basketball example? Are both players simply lying to get the ball back to their team, or is there something more going on?

How time passes is subjective

First, you need to understand a little about time. Time is subjective. Physicists have known this to be true since 1905, thanks to Einstein himself. Most simply, his theory suggested that time passes differently depending on factors like speed and gravity. (Remember the movie “Interstellar”?)

Subjective time, however, is not limited to the fantasies of science fiction and thought experiments in physics. Many researchers, such as neuroscientist David Eagleman, have studied neurological time and how your own experiences can shape your perception of time, such as how time seems to slow down during a traumatic experience.

In 2002, cognitive neuroscientist Patrick Haggard and his colleagues showed that voluntary action has the ability to shape one’s perception of time. In their study and subsequent replications, it was shown that an action and its effect can be perceptually “bound” together in time.

For example, if you use an outdated computer, you may be familiar with the experience of double-clicking a folder, only for it to open several hundred milliseconds later. At first, this delay can be frustrating. But over time, you adapt to the delay and it feels nearly instantaneous.

This process of adapting to the delay, called “intentional binding” by researchers, paved the way for studies investigating how the feeling of ownership over events affects your perception of what happened. With the slow computer, you know that the folder opening was a result of your clicking, even if it happened later. This knowledge and feeling of ownership over the opening of the folder is what results in intentional binding, and leads to the delay feeling shorter as you adapt to it.

Putting time estimates to the test

Going back to those two basketball players (who’ve called a time out to cool off while we figure this out) – objectively, they can’t both have touched before the other. However, we wanted to know whether both players could have really experienced that they touched the ball first and the other person knocked it out.

In order to test this possibility, we devised a simple experiment. Two participants sat across from one another at a table. Following a flash of light, each used their right hand to tap the other’s left hand as quickly as they could. They then made a temporal order judgment – a decision on which event happened first.

In order to isolate just the perceptual experiences of the two taps, we set up a divider between the participants to make sure they couldn’t see each other or know how the other person responded. Participants also received no feedback about whether their judgments were correct or incorrect.

We controlled for each participant’s ability to see their partner, but we still wondered whether this bias could be socially influenced. So we ran another experiment with a similar setup, except this time the other participant was replaced with a mechanical device that tapped their hand.

Your own actions seem to happen sooner

These results show that people really do experience the order of events differently, perceiving externally generated events as happening later than events they themselves caused. This bias, which we named the “Egocentric Temporal Order Bias,” builds upon existing research showing the importance of vantage in perception. It further supports the subjective nature of time perception, and can help explain why sports calls can become so heated and divisive. Differences in perspective can result in conflicting experiences of the same event.

Returning to our two basketball players, our experiment suggests that both players are indeed telling the truth: Each experienced their own touch first, and so think their opponent was the one who knocked the ball out of bounds. Rather than continuing to argue, perhaps our on-court rivals can recognize their two different experiences of what happened, accept the ref’s call that they really both touched the ball simultaneously and resume play by a jump ball.

Outside the realm of sports, research looking into biases and illusions in perception can help inform our relationship with technology. If the bias we found truly represents a delay in registering unexpected events, technologies like automated emergency braking systems can help save lives.

As for why people experience this bias in the first place, the answer isn’t immediately clear. My colleagues and I speculate that it may support a constructive model of perception, where your conscious experience is not an objective representation of reality, but rather built by your brain using information from your senses to generate the world around you, much like a dream. However, there are many potential explanations for mechanisms that could be causing this bias.