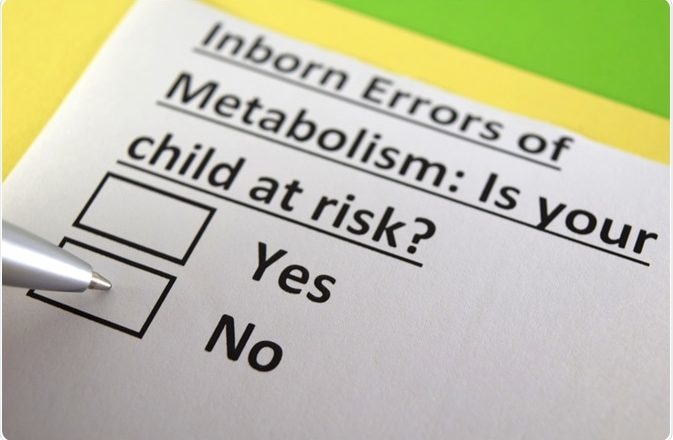 Inborn errors of metabolism are a group of genetic disorders caused by abnormal functioning of specific proteins related to metabolic pathways. 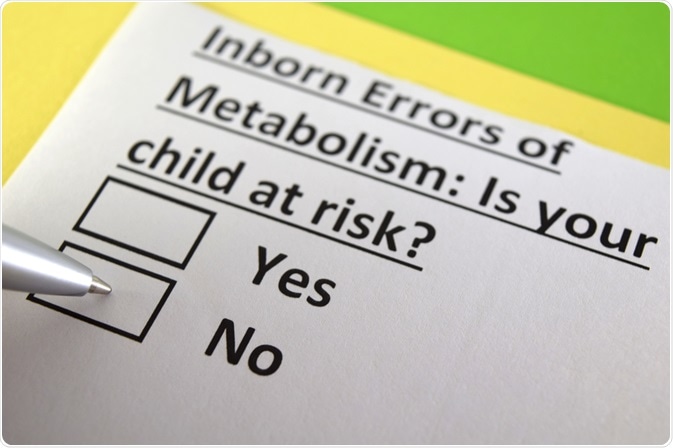 What are inborn errors of metabolism?

Inborn errors of metabolism are primarily associated with the improper digestion of food items and defects in the storage of carbohydrates, fatty acids, and proteins, leading to abnormal accumulation of metabolites and reduced production of energy.

These diseases are caused by mutations in genes that encode enzymes, membrane transporters, and other functional proteins related to various metabolic pathways. They are mostly inherited in an autosomal recessive manner, and rarely in autosomal dominant and X-linked manners.

Although individual inborn error of metabolism is very rare, collectively they are very common, affecting 1 in 2500 infants at birth. There are different types of inborn errors of metabolism, including maple sugar urine disease, fructose intolerance, galactosemia, and phenylketonuria. These disorders can be identified through newborn screening tests.

Classification of inborn errors of metabolism

Inborn errors of metabolism are mainly categorized depending on their onset, primary signs and symptoms, organs/systems affected, and disease presentation (acute/chronic).

Aminoacidopathies are caused by deficiencies in enzymes related to amino acid metabolism. In some cases, the characteristics of aminoacidopathies are similar to that of organic acidemias; however, in general, the characteristics are non-specific and heterogeneous in nature. Common examples are phenylketonuria, maple syrup urine disease, tyrosinemia, and homocystinuria.

In lysosomal storage disorders, lysosomal accumulation of glycoproteins, glycolipids, and glycosaminoglycan occurs in many tissues. These disorders are characterized by neurodegeneration, organomegaly, and facial coarseness. Common examples are Niemann-Pick disease, Gaucher’s disease, and mucopolysaccharidosis.

Urea cycle disorders occur when nitrogen produced from protein metabolism cannot be converted to urea, leading to abnormal accumulation of ammonia in the blood. These disorders are characterized by hyperammonemia and respiratory alkalosis. Common examples are ornithine transcarbamylase deficiency, citrullinemia, and argininosuccinic aciduria.

What are the common symptoms of inborn errors of metabolism?

How these disorders are diagnosed?

At birth, newborn screening tests are performed to evaluate possible signs of inborn errors of metabolism in infants. Because some conditions are associated with a variety of symptoms, doctors may ask for multiple tests. if abnormalities are found, further tests are carried out to confirm the diagnosis.

To consider the presence of inborn errors of metabolism, there are guidelines for primary care physicians. These are as follows:

To confirm the diagnosis, lab tests are often done to analyze the level of ammonia or other components in the blood or urine. In some conditions, tests are also done on tissues isolated from the liver, muscle, bone marrow, brain, or skin.

How to treat inborn errors of metabolism?

Treatments of inborn errors of metabolism depend on a specific condition. In some severe cases, patients may require respiratory and cardiac support systems. Because it is not initially possible to determine which metabolic pathway is disrupted, it is important to stop all kinds of oral intakes. To fulfill the energy demand, these patients are provided with puro glucose (8 – 10 mg/kg/min) intravenously.

It is also important to remove toxic metabolites that are accumulated in the blood. For example, hemodialysis can be done in case of severe hyperammonemia. Patients with enzyme deficiencies can be benefited from enzyme replacement therapies.