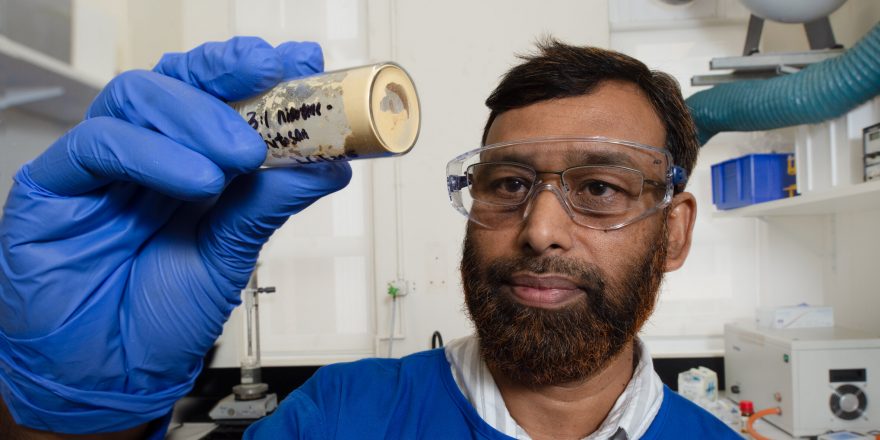 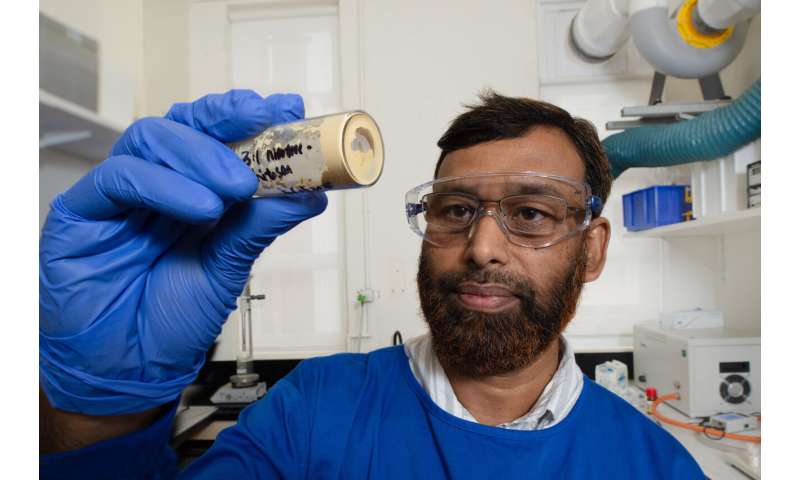 QUT pharmaceutical scientist Dr. Nazrul Islam, from School of Clinical Sciences, said lung cancer was one of the most common cancers globally and one of the deadliest, being a leading cause of cancer deaths.

He said chitosan had long been investigated for drug delivery and medical applications. It is made from refined crustacean (prawns, crabs, lobster) shells and was an abundant and cheap polymer.

“Drug delivery directly into the lungs via an inhaler is an efficient way to achieve local and systemic effects of medications,” Dr. Islam said.

“My research is concerned with dry powder inhalation using chitosan nanoparticles loaded with drugs that can reach the lower respiratory tract and from there diffuse into the bloodstream.

“Chitosan is a natural polymer that is known as biodegradable and biocompatible (ie human-cell friendly) and has low toxicity and it can be bound with therapeutic drugs and made into nanoparticles.

“As yet, no studies have conclusively shown complete biodegradation or elimination of chitosan nanoparticles in lung tissue and my research is concerned with finding the form of chitosan that is able to biodegrade in the lungs’ unique tissues.”

Dr. Islam said many scientists were investigating the delivery of chemotherapy drugs via the lungs.

“While many studies have looked at the use of lung delivery of drugs including chemotherapy, gene therapy, vaccines and immunotherapy, none, to my knowledge, has exclusively looked at chitosan as a safe carrier for lung drug delivery,” he said.

“The reason we study chitosan is also because it has mucoadhesive properties which means it sticks to the lining of the lung cells and it has been found to improve the absorption of therapeutic agents by opening the junctions between cells of the lung lining to allow the drug to target cancer cells.

“Targeted delivery of drugs increases the target tissues’ exposure to the drug while reducing exposure of healthy cells and organs to that drug, which means less toxicity and fewer side-effects.”

Dr. Islam said much research suggested chitosan-based nanoparticle drug delivery could be the way of the future to deliver drugs for many different conditions besides lung cancer.

“We need more research to understand the real-life degradation of chitosan, and identify degradation products and their possible toxicities in the body before we can conduct human trials.