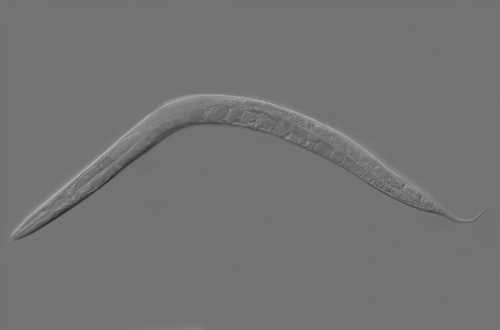 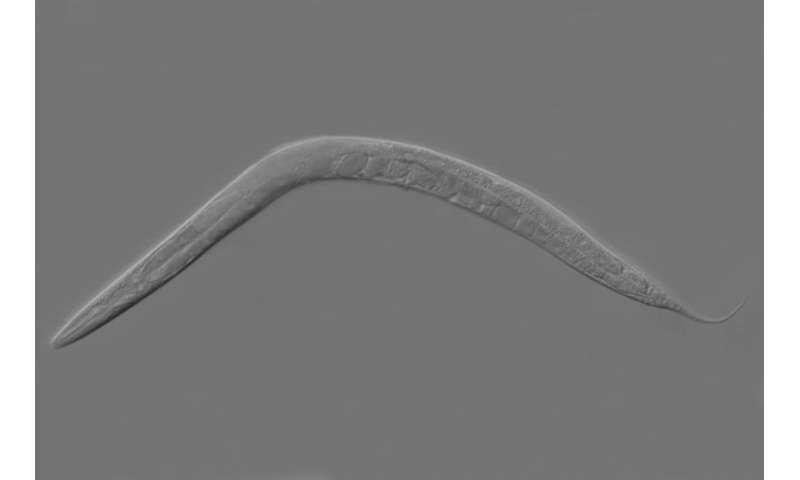 Researchers at UMass Medical School have uncovered a mechanism that causes an imbalance in excitatory and inhibitory signaling in the nervous system. This research, which was carried out using the nematode C. elegans and published in eLife, may provide new insights into molecular and neural systems that underlie human neural disorders.

As much as 12 percent of people experience migraines—a deeply painful, often intense and debilitating form of headache—at some point in their lives. Some forms of migraine, however, are hereditary and are passed down through families. New insights into what happens in the brains of people with this heritable from of migraine came from an unexpected animal: the tiny round worm, C. elegans.

Mark Alkema, Ph.D., professor of neurobiology, and colleagues were intrigued by a mutant C. elegans that exhibited strange behavior. In the lab, C. elegans usually move on agar plates feeding on copious amounts of bacteria, hardly ever changing their forward crawl. Dr. Alkema’s lab isolated a mutant worm that was hyperactive; it kept switching directions, abruptly, back and forth.

“We were curious what was causing the seizure-like movement in the mutant worm,” Alkema said.

Genetic analysis of the mutant worm revealed a change in a calcium channel that is crucial for neuronal communication. When neurons are activated, these voltage-gated calcium channels open to trigger the release of neurotransmitters from one neuron to the next. The calcium channel mutation the Alkema lab characterized allows channels to open more quickly allowing neurons to talk louder to receiving neurons. Interestingly, similar mutations in human calcium channels cause migraine.

Alkema used the worm to look at how this migraine mutation affected the nervous system.

“We found that the mutation disturbed the delicate balance of excitatory and inhibitory signaling in the brain,” he said. “This balance is critically required for our brains to work properly.”

Disruption of this balance has been associated with several neural disorders including schizophrenia, epilepsy and migraines, according to Alkema.

“Our studies show how such an imbalance might come about,” he said. “We find that increased excitatory signaling reduces inhibitory synapses in the nervous system. We uncovered a mechanism which appears to be highly conserved from worm to man where excitatory neurotransmission leads to the destabilization of inhibitory receptors.”