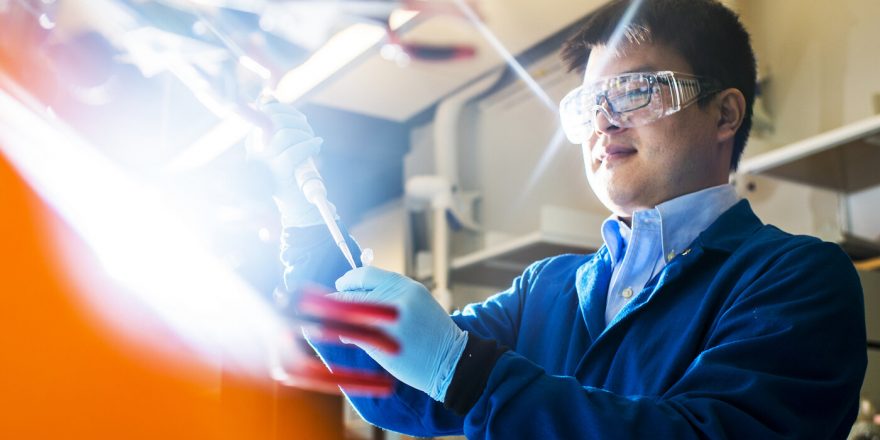 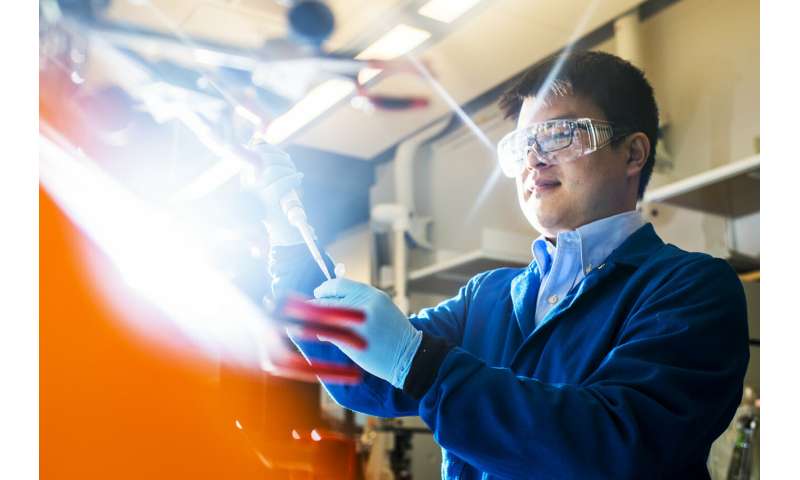 Many of our most difficult-to-treat diseases have a genetic basis: viral infections, hereditary disorders, cancer. While scientists have begun to design drugs that can target and disrupt the activity of problematic genes, these therapeutics are difficult to deliver effectively. Very few have made it to the market.

Researchers at Northeastern, led by Ke Zhang, an associate professor of chemistry and chemical biology, have devised a delivery system that could ensure that more of these drugs, known as oligonucleotides, reach their intended target in the body. The researchers’ work could make these treatments more effective and less expensive, as well as accelerate the development of this new class of drugs.

On their own, oligonucleotide drugs are easily filtered out of the bloodstream by the kidney and liver. Some of these drugs also interact with enzymes in the blood, which degrade them. Others can cause toxic effects in patients when the drugs are allowed to float freely.

The researchers hope to insulate the drug by packaging it in a defensive structure made from a synthetic polymer called polyethylene glycol.

“With this complex, we can make the drug circulate in the blood for much longer,” says Zhang. “And that makes it accumulate where it is needed much better than the free drug itself.”

Chains of polyethylene glycol are often used to modify drugs, but the structure of Zhang’s modification is unique: It looks like a microscopic bottlebrush.

The oligonucleotide drug is attached to a central spine and is protected by roughly 30 bristle-like polyethylene glycol chains. The bristles fend off any enzymes, which typically have globular shapes, but thinner genetic material can slip between them to interact with the drug.

“Attaching a single chain of polyethylene glycol to the drug doesn’t really provide the density that’s needed to shield the oligo from its surroundings,” Zhang says. “Our bottlebrush polymer is much more effective.” 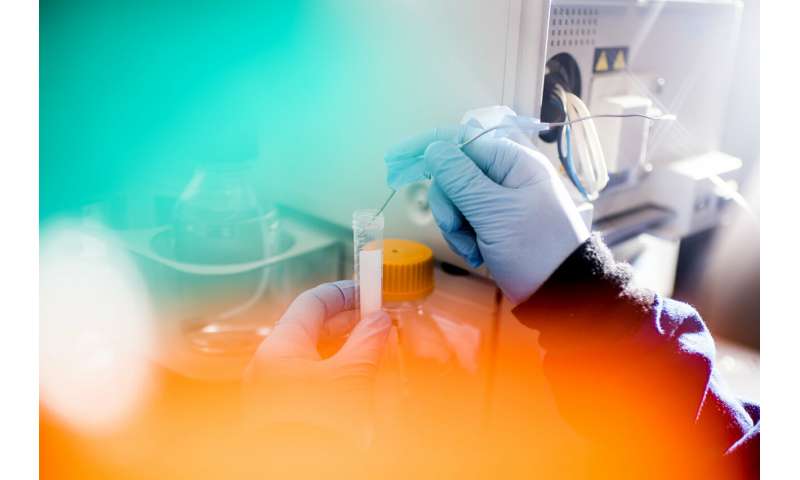 The added material also makes the complex too large to be filtered by the kidneys, so it is able to circulate in the bloodstream for longer. An hour after injection, less than one percent of the free drug is left in the blood. When the researchers packaged the drug with the bottlebrush structure, half of it was still circulating at the one-hour mark, says Dali Wang, who is a postdoctoral researcher in Zhang’s lab and the lead author on the recent paper detailing their work.

This increased circulation gives a drug more time to reach the targeted cells and disrupt the intended genes. Many potential treatments have failed to make it out of the lab because a drug couldn’t stay in the body long enough to be viable. The bottlebrush structure could give these treatments a second chance.

The researchers tested their delivery system with a drug intended to combat cancerous tumors in mice. They found that significantly more of the drug made it to the tumor, instead of winding up in the liver and kidneys.

“It was very exciting to see,” Wang says. “It really inhibited the growth rate of the tumor.”

Increasing the amount of time the drug circulates in the blood has an additional benefit: Patients need less of the drug to get the same effect.

“With this complex, you can potentially reduce the dose of the drug by a factor of 20 or more,” says Zhang, referring to another, ongoing study that used mice. Treatments could be more effective and more affordable for patients.

But there is still work to be done. The researchers are working on ways to ensure that more of the drug reaches the tumor and to improve the therapeutic outcome for patients. And while so far they have focused on cancer, they intend for their work to have a much wider scope.