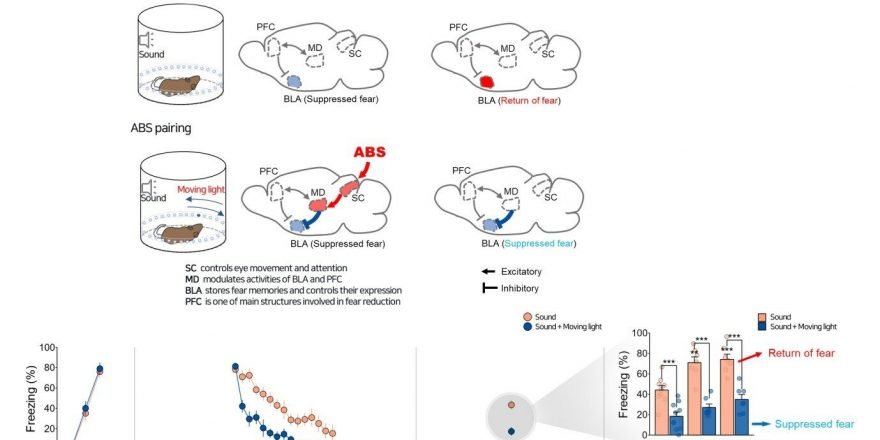 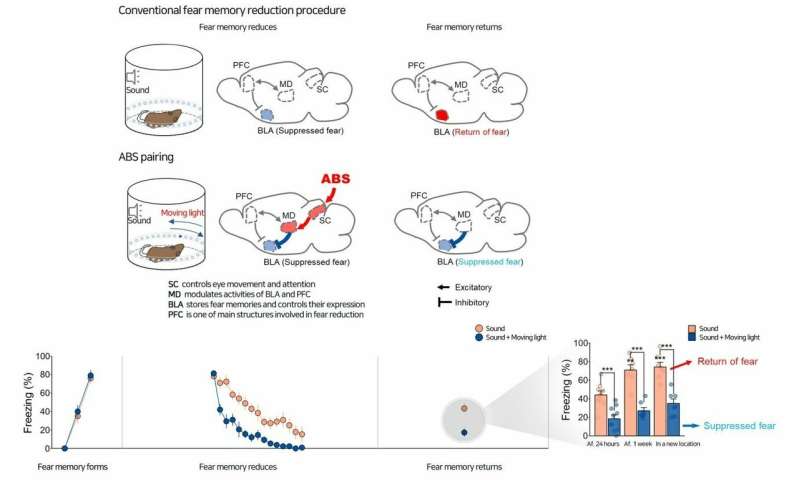 While visually tracking a moving light swinging side to side, a person’s attention is naturally diverted to that movement, and what was previously in their mind is placed to the side. This alternating bilateral sensory stimulation (ABS) as part of eye movement desensitization and reprocessing (EMDR) is assumed to support the neural integration of new perspectives and healing of negatively charged memories.

Though this treatment has been recognized for long-lasting healing effects, its underlying neural basis has remained unclear. Because of the lack of scientific explanations, many psychiatric doctors shun this form of therapy, although it is listed in many psychotherapeutic manuals. Researchers from the Center for Cognition and Sociality within the Institute for Basic Science (IBS)have now identified the brain pathway where ABS works to induce a persistent fear reduction.

In EMDR, patients are instructed to recall a traumatic memory while receiving ABS. Given that this connected visual-attentional process is commonly used for post-traumatic stress disorder (PTSD) patients, the researchers hypothesized that a brain region responsible for eye movement and attention, the superior colliculus (SC), may be involved in the fear-reducing effect of ABS.

The researchers first examined whether ABS-paired treatment prevents the return of fear. To form a fear memory in mice, the researchers first subjected them to a sound stimulus while also giving them a mild foot shock, training them to associate the sound with a painful experience. Freezing in location established fear in the mice. The mice were then repeatedly exposed to the anxiety-producing sound, but now without the electric shocks, until they no longer found the sound to be stressful. This is known as fear extinction therapy. This conventional exposure therapy in humans is often followed by a severe relapse of symptoms. To test the effects of visual simulation on fear responses in mice, the researchers placed the mice in a cylinder-shaped container with LEDs installed on the wall.

The conventional fear reduction procedure eased down fear responses (freezing) with repeated exposure to the sound in the location where the foot shocks previously took place. However, fear responses often return when the sound is presented one week later in the same location or in a new location. In contrast, ABS pairing, in which the visual stimulation of a moving light accompanied the sound brought a persistent fear reduction without a significant return, confirming powerful effect of ABS pairing to reduce fear.

The researchers found enhanced neuronal activities in the SC and the mediodorsal thalamic nucleus (MD) that receives inputs from the SC. They wondered if this SC-MD pathway might be the route where ABS travels, thereby resulting in the reduction of fear. “To confirm this causal link, we blocked the SC-MD route during ABS pairing by using a yellow laser light,” says Jinhee Baek, one of the first authors of the study. This modulation blocked the effect of ABS and brought a significant return of fear. Conversely, when blue laser light stimulated the neuronal activities in the SC-MD pathway, mice showed significantly reduced freezing without fear relapses. Using these experiments, the researchers identified the SC-MD pathway is essential for preventing the return of fear. 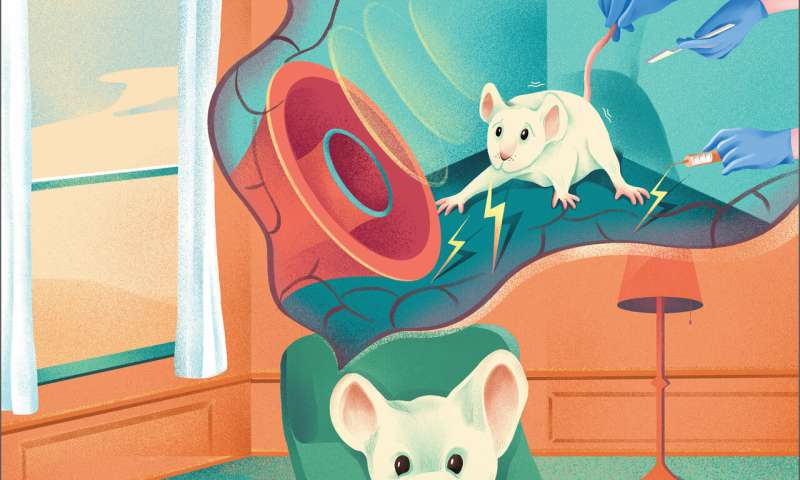