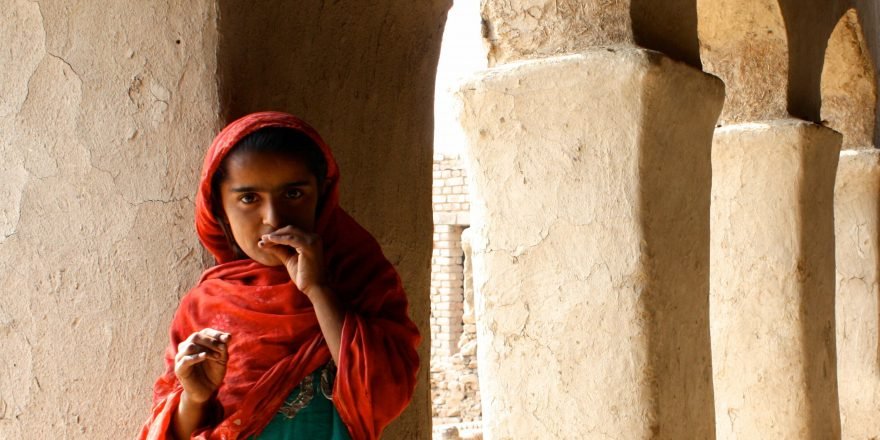 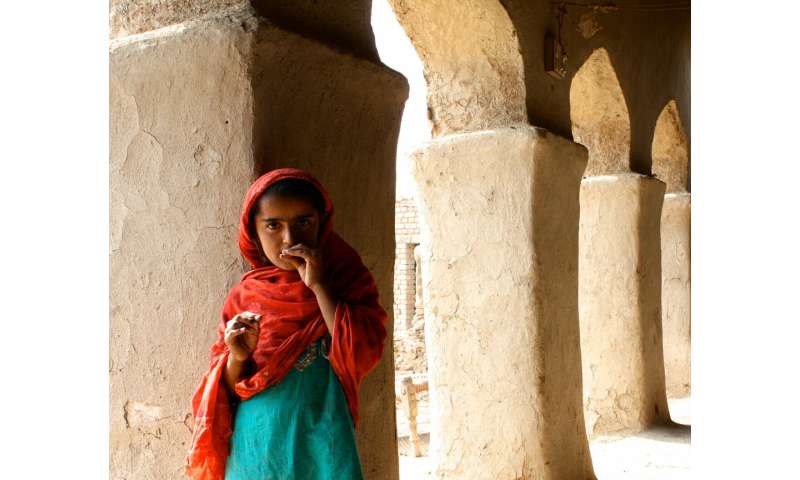 Preschoolers’ ability to regulate their attention, behavior and emotions has been linked with their capacity to cope with difficult situations and thrive in the classroom. But most research into how children develop these skills—known as “executive functions”—has taken place in high-income countries like the United States.

A new study led by Stanford Graduate School of Education Professor Jelena Obradović identifies several factors that appear to promote these skills in children from parts of the world with high rates of poverty, malnutrition and infectious disease.

The study looked at preschoolers in rural Pakistan. It found that a child’s height for his or her age, the number of older siblings, and an early parenting intervention all emerged as significant predictors of executive function skills in this population.

An important set of skills

The study, which was published on February 17 by the journal Developmental Science, grew out of a research collaboration that Obradović formed with Professor Aisha Yousafzai at Harvard University and researchers at Aga Khan University in Karachi, Pakistan.

“We chose to study executive functions because they’re an important set of skills that promote adaptation and resilience,” said Obradović, who directs the SPARK Lab at Stanford, a project researching the impact of adversity on children’s learning and well-being. “They’ve become a good marker for children’ capacities.”

But “there really wasn’t any research assessing EFs in preschoolers from a very disadvantaged setting where children face extreme, chronic adversity,” Obradović said. “EF skills support successful school transition and engagement. If we can measure them well, we can start to identify what in this environment can promote them.”

She and her team measured executive functioning in 1,144 at-risk preschoolers in rural Pakistan, using a battery of play-based tasks adapted specifically for this population. They spent months working with local experts to develop tasks that were relevant and useful.

“To conduct the kind of research that’s typically done in a high-income country in the Western world, you need to be careful and thoughtful in ensuring the tasks are culturally and developmentally appropriate,” Obradović said.

Standard tasks that require sorting objects by color or shape are problematic for children who don’t know names for colors (for example, researchers used the term “mango-colored” instead of “red”) or don’t recognize items (like sailboats or certain animals) that are more familiar to children in a higher-income or less rural setting. 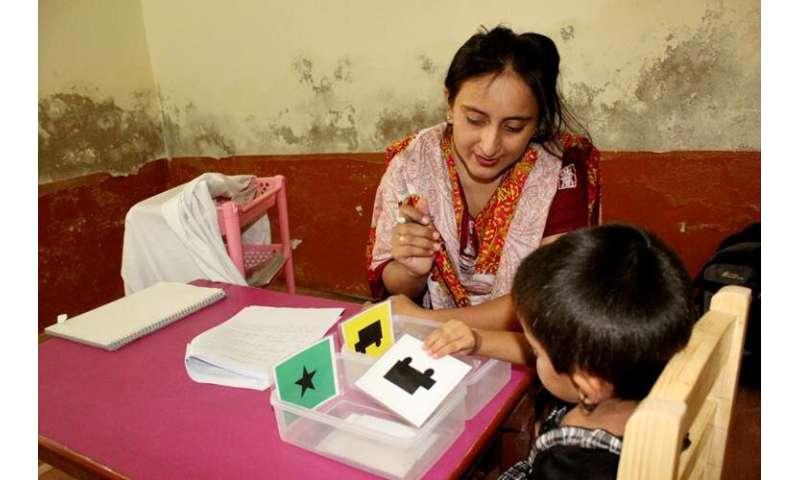 Young children in low- and middle-income countries also tend to be inhibited in testing situations and hesitant to interact with strangers, reluctance that could be confounded with EF skills if not considered and addressed by the tasks and by those administering the assessments.

The study built on findings from earlier research by Yousafzai and her team at Aga Khan University involving an intervention that took place from the preschoolers’ birth until age 2. Government health workers had provided some of the mothers with instruction and support for more sensitive and engaged parenting, beyond their usual health services, during monthly home visits.

That intervention proved to be a predictor for the development of both EFs and general cognitive skills (measured through an IQ test). The alignment of the two sets of skills wasn’t surprising, since they’re related and share a similar basis in the brain. But the finding prompted Obradović and her team to dig deeper into what, if anything, promoted EFs in this setting apart from IQ.

“IQ is a strong predictor of executive functioning,” said Obradović. “But there were no studies out there, in disadvantaged global settings, looking at predictors of EFs once IQ had been accounted for.”

The researchers identified three independent predictors. One was the early parenting intervention provided by government health workers. Another was the child’s physical growth status at age two. “Nutrition in those first two years of life was critically important,” Obradović said. “We’ve known it is related to brain development and that it’s an important predictor of children’s IQ, but this study shows that it also uniquely contributes to developing these self-regulatory capacities.”

Third—and this came as a surprise to the researchers—was the number of older siblings.

“In our society we tend to think of having a large family, more than four children, as a risk factor, because there are fewer resources to go around—there’s less time, less money, crowding,” said Obradović. But for these preschoolers, having older siblings was consistently a positive predictor of their executive functioning.

“That suggests there may be other things in this cultural setting that are relevant for promoting self-regulation,” Obradović said. “It could be that we’re missing out by focusing so much on parents as caregivers in our high-income-country paradigm. It could be that these children get more caregiving from siblings, or it could be that they have to learn to regulate their behavior on their own because they have less attention paid to them. We can just speculate, but it’s a strong predictor for these children. Siblings matter.”

Parenting skills and IQ both matter

The researchers also looked at whether mothers’ parenting behaviors (for instance, providing verbal support, information and problem-solving strategies) promoted the children’s executive functioning regardless of the mother’s IQ. Both maternal behavior and maternal cognitive skills mattered independently, they found.

“There’s a new line of research around two-generation interventions, targeting both the caregivers and their children,” Obradović said. “In this context, we’re doing mothers a disservice if we only support their parenting skills. We can also promote EFs in children by providing opportunities for mothers to grow their own cognitive skills, especially given that two-thirds of mothers never attended school.”

In a setting where children face tremendous adversity with limited access to educational opportunities, identifying factors that promote resilience beyond IQ can be significant.