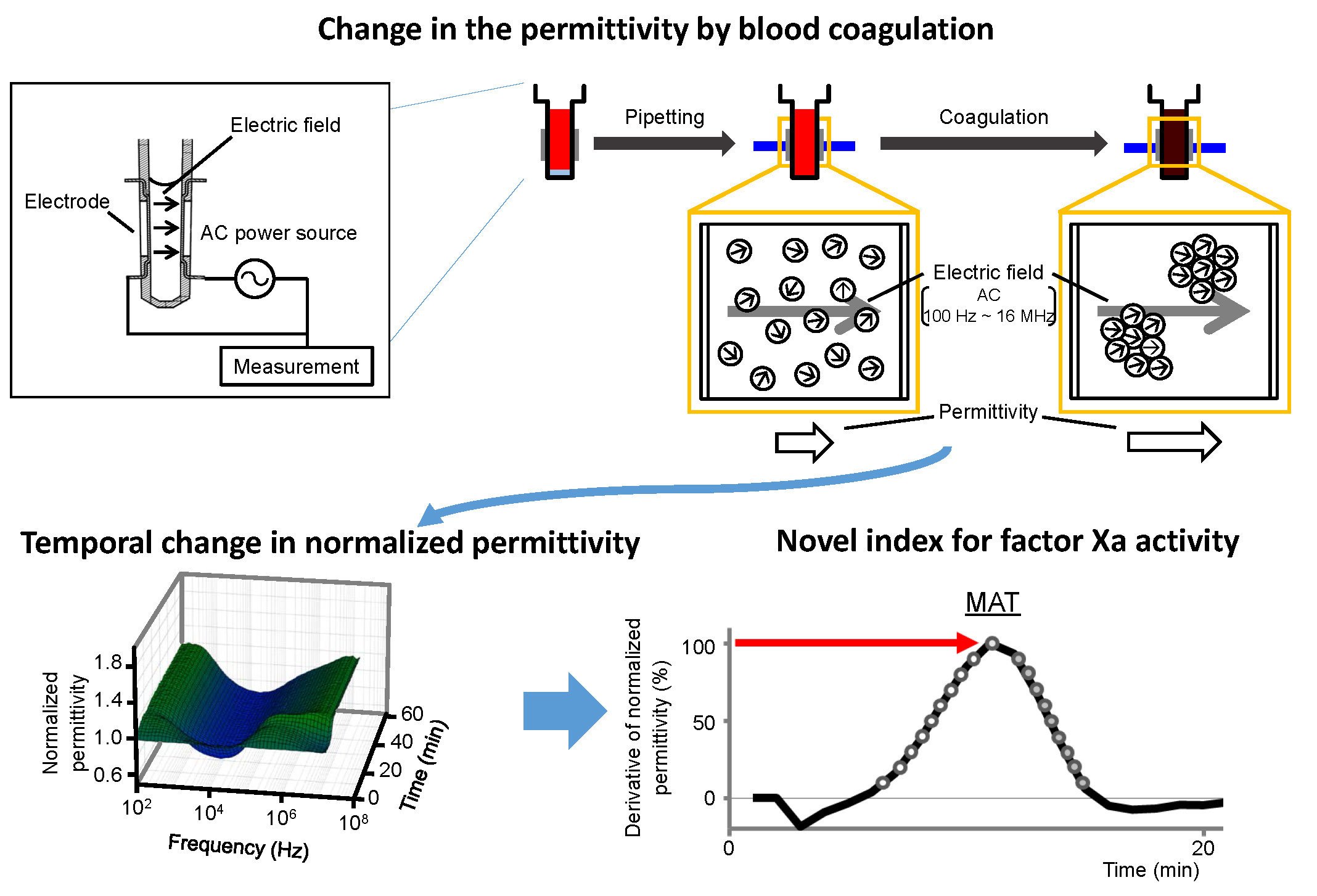 Thrombosis is a harmful activation of the clotting process that prevents bleeding in healthy people. Thrombosis is associated with the occurrence of strokes, ischemic heart disease, and other blood vessel-related diseases. Pathological enhancement of the clotting cascade causes thrombosis, and activated factor X (FXa) plays a pivotal role in this process. Researchers have sought to quantitatively determine the activity of FXa during medical treatment for thrombosis, but few methods have been both successful and easy to use, until now.

In a new study published in Scientific Reports, a research team from Tokyo Medical and Dental University (TMDU) investigated the use of dielectric blood coagulometry (DBCM), which primarily measures aggregation of red blood cells through time-dependent changes in the permittivity of blood (its ability to store an electrical charge in proportion to the external electric field), in order to detect changes in FXa activity in the presence of various drugs that inhibit the actions of FXa.

Thrombosis occurs as a result of the generation of thrombi (blood clots) from platelets and red blood cells. These blood clots can block blood vessels, causing tissue damage and broader disease in affected patients. Most available treatments cause a variety of side effects due to their broad treatment mechanisms. Recent drug development has specifically targeted single parts of the coagulation process, such as FXa. Currently, specific inhibitors of FXa are widely regarded as safe and effective for clinical treatment. However, the methods to assess the effects of these drugs are not easy to use, which has limited the clinical usefulness of these drugs for some patients, such as elderly patients or those with renal dysfunction.

In the study, the researchers tested whether time-based changes in the permittivity of blood could be used to assess profiles of FXa activity in blood from patients who had been treated with different FXa inhibitors.

“Our analyses revealed that permittivity in the blood was affected by treatment with FXa inhibitors, and that these inhibitor-specific changes were detectable by DBCM,” says Satomi Hamada, lead author on the study. “Importantly, our study showed that DBCM detected these changes in a manner similar to that of more complicated methods.”