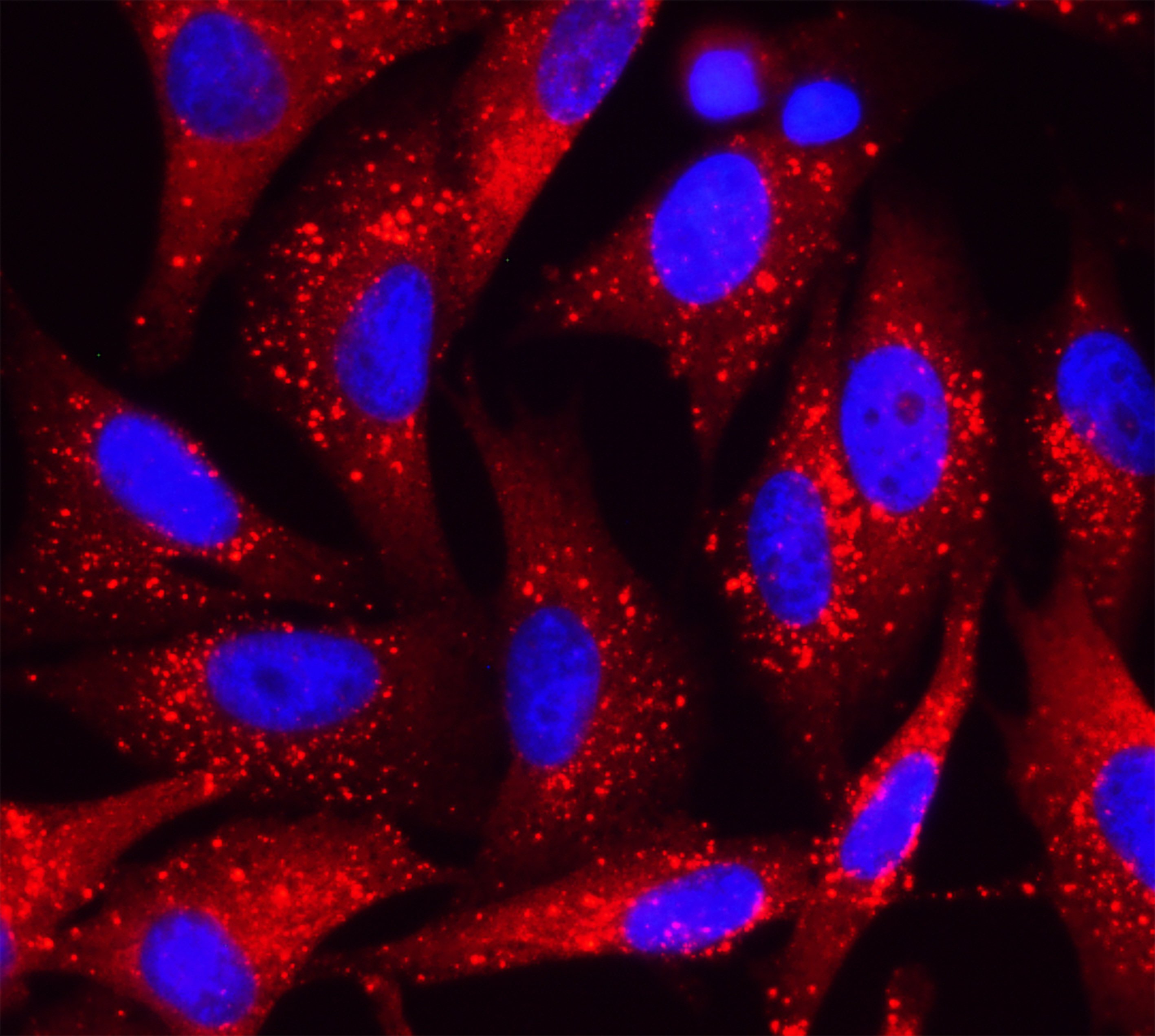 Researchers make sense out of the chaos of melanoma

Melanoma is one of the most aggressive tumours, with potential for metastasis from very early stages, when lesions are just millimetres thick. Most puzzling is that these metastases occur in an apparently chaotic way, as they involve many processes that occur simultaneously but do not appear to have a relationship among them.

Now, scientists from the Melanoma Group at the Spanish National Cancer Research Centre (CNIO), together with the University Hospital 12 de Octubre, have found some order in this chaos through a research study that proves that these metastatic processes do not occur through independent mercenaries, but are rather coordinated by a general captain: the p62 protein.

Furthermore, the study reports that one of these proteins controlled by p62 is FERMT2, which had not been previously linked to metastasis in melanoma, and shows that both FERMT2 and p62 could represent a marker for poor patient prognosis. These important findings are published in Cancer Cell.

“It is complicated to find order in the mechanisms underlying melanoma progression, and particularly, to dissect the barcode that defines the aggressive behaviour of this tumour,” explains Marisol Soengas, Head of the Melanoma Group. This is because the melanoma cells accumulate an extremely high number of alterations in RNA—the genetic material that enables proteins to be created. Furthermore, Soengas says, “There are more than 1,500 proteins that bind RNA, and most of them have not been studied.”

Her group found that one of the characteristics that differentiates melanoma from other tumours is the regulation of a cell self-cleaning process called autophagy. Autophagy is a system by which all cells, including tumour cells, eliminate components that they no longer need, and generate energy to continue growing.

The melanoma researchers at CNIO began then to explore p62, a protein commonly associated with autophagy in many malignancies. “We were interested in p62 because it had been described as one of the yin and yang of cancer, for its ability to favour or inhibit tumours depending on the context,” says Panagiotis Karras, the first author of the study. Analysing melanoma biopsies, it was observed that the greater the progression of the melanoma, the higher the p62 levels. However, through the use of animal models, it was verified that in this tumour, p62 is not decisive in autophagy.

To find the main function of p62 in melanoma, the researchers conducted a full -omic study, which also used the most cutting edge bioinformatic technologies. They performed the first detailed characterisation of p62 and its mode of action in melanoma, studying the expression of the genes involved in these processes (transcriptomics), the identity of the proteins involved (proteomics) and the interactions that occur between them (interactomics).

A coordinated, non-chaotic, metastasis of melanoma

Thanks to this comprehensive study, the researchers discovered a new and unexpected function of p62: to control the half-life of other factors involved in melanoma metastasis. Soengas continues: “Recruiting certain RNA-binding proteins, from the 1,500 described, p62 controls numerous proteins, which favour metastasis through such apparently independent processes as survival, metabolism, cell cycle or invasion. Now, we can see that these processes are not independent, but they have a common regulator.”

This work also reports that other processes regulated by p62 may affect the survival of patients. A new protein, FERMT2, was identified, which correlates with a worse prognosis in metastatic melanomas. “For us pathologists, it was interesting to find that p62 and FERMT2 are increased in samples from patients with melanoma metastasis, because up to now, we did not have any good markers of tumour progression,” says José Luis Rodríguez-Peralto, head of the Anatomical Pathology Department at the University Hospital.