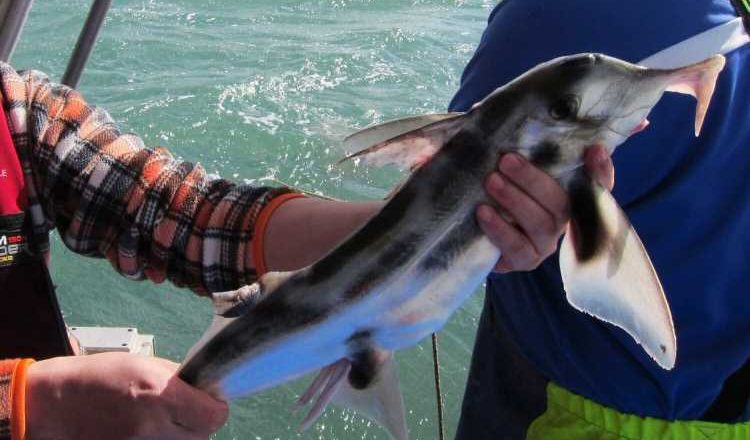 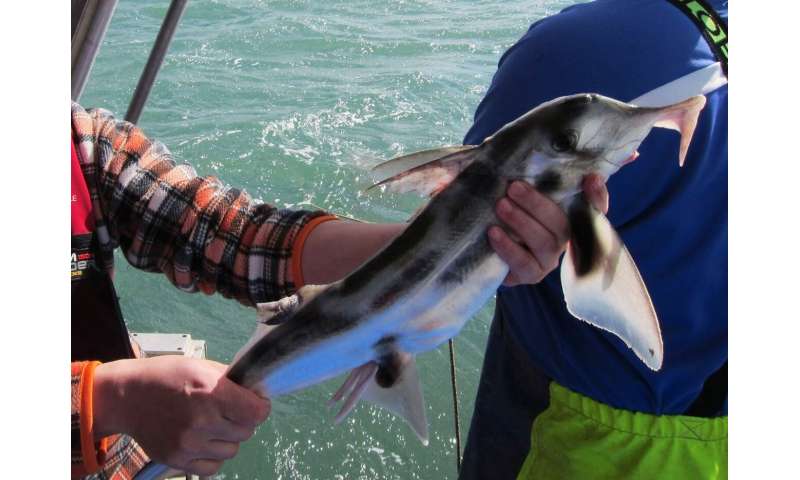 The mineralocortoid receptor (MR) regulates water and sodium transport throughout cells and tissues, which is critical for controlling blood pressure and so, not surprisingly, the MR is common to all vertebrate animals. Aldosterone, which is a physiological steroid for land vertebrate MRs, evolved in lungfish (forerunners of land vertebrates), suggesting that the evolution of aldosterone was important in the conquest of land by preventing dehydration in animals living out of water.

And yet, aldosterone is absent in sharks and ray-finned fish, prompting the question of which steroids activate the MR in them, and the roles played by these steroids in humans.

In an unusual study, an international team of scientists from Japan, Singapore and the United States, led by Michael E. Baker, Ph.D., research professor at University of California San Diego School of Medicine, report that compared to humans, a different set of steroid hormones activate MR in elephant sharks, a species of cartilaginous fish that represents the oldest surviving group of jawed vertebrates.

The discovery, published in the June 4, 2019 issue of Science Signaling, not only highlights another evolutionary change as vertebrates transitioned from water to land, but suggests that MR may have other, critical roles in maintaining human health.

“Although the MR is traditionally thought of as a transcription factor that’s important in regulating electrolyte transport in kidneys, it is becoming clear that the MR has physiological actions in non-traditional organs, including the brain and heart,” said Baker.

“Our findings suggest that the activity of the MR in non-traditional organs is ancient and, indeed, evolved in a basal jawed vertebrate. Studies with elephant sharks support other research that shows the physiology of steroid hormones like aldosterone, cortisol and progesterone in other non-traditional tissues, such as ovary and testis, also may be important in human health.”

The elephant shark (Callorhinchus milii) is an uncommon animal model. Known by several names, such as ghost shark, elephant fish and silver trumpeter, the species is found in waters off southern Australia. The smooth-skinned fish grow to a maximum size of four feet and pose no threat to humans. Their distinctive hoe-shaped, proboscis-like snout is used to detect prey, primarily shellfish and bottom-dwelling invertebrates, through movement and weak electrical fields.

Elephant sharks possess another unusual feature: They have the slowest evolving genome of all known vertebrates, “which makes them ideal for providing insights into how MR evolved in bony vertebrates, including humans,” said the study’s first author Yoshinao Katsu, Ph.D., assistant professor of biological science at Hokkaido University in Japan.

Baker, Katsu and colleagues in Singapore, Japan and Minnesota found that elephant shark MR responds to the same physiological corticosteroids (aldosterone, cortisol, corticosterone and 11-deoxycorticosterone) that activate MR in humans and other mammals. But another major steroid hormone—progesterone—triggers shark MR but does nothing in humans, rats, frogs or alligators.

As such, said the authors, the odd-looking elephant shark and its compact, slow-evolving genome provide a different, comparative way to look at and understand the evolution of humans and other vertebrates at the point when they became terrestrial creatures.