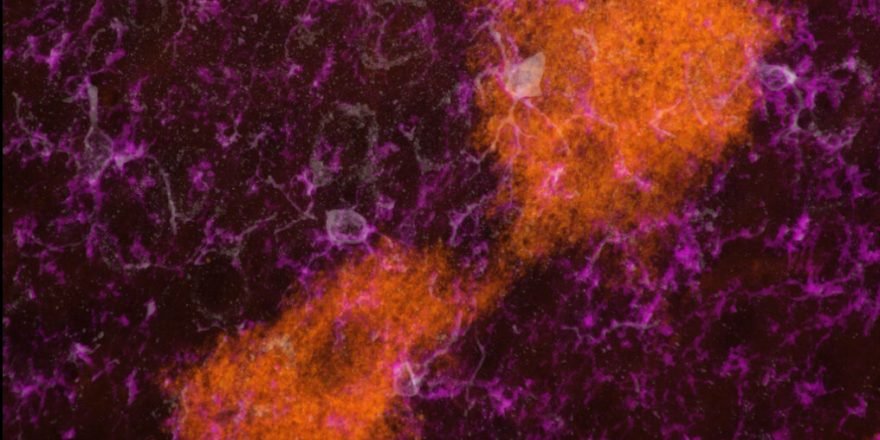 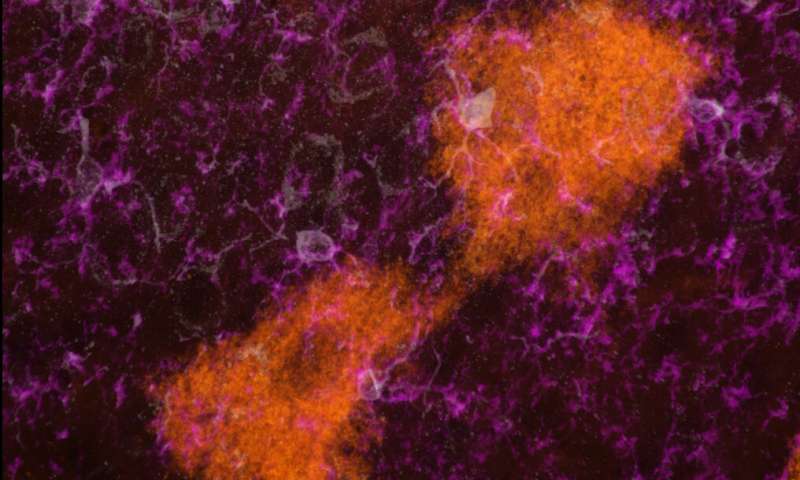 New research published today in Scientific Reports has devised a way to track tiny message-carriers in the brain that could prove useful in diagnosing and treating injuries, infections or diseases.

The Transgenic Inducible Green fluorescent protein EV Reporter (TIGER) mouse serves as one small step for researchers toward understanding the variety of EV functions. The vesicles contain “messages—in the form of short RNA sequences, or microRNAs—that act as instructions for intercellular communication in everything from inducing an immune response to assisting in neuron formation. The potential functions of EVs are endless, as the instructions doled out by the vesicles are dependent on the cells in which they originate.

By employing the TIGER mouse, the researchers hope to more easily pinpoint these cell types that release EVs.

“Up until this point, the most that someone could do is study EVs in cell lines, study them in vitro or transplant them into mice and study them that way. This way, we can study a more internal effect that EVs have in a model system because these mice are bred with a reporter system in their genes,” said Victoria Neckles, a graduate student and first author on the study.

To generate the mouse, the researchers relied on Cre-lox recombination, a type of gene editing that can activate or inactivate specific genes by injecting a set of genetic instructions, called a cassette, into a single cell of a mouse embryo. Once injected, the cassette can integrate into the mouse’s genome, and as the cells multiply, the cassette becomes one with the maturing mouse.

In Neckles’ study, the researchers engineered a cassette that can cause EVs to glow green via a protein called green fluorescent protein. When the TIGER mouse is mated with another mouse that has a unique enzyme—Cre recombinase—then the green fluorescence is activated in the mice’s pups. The process can become more precise by mating the TIGER mouse to a Cre mouse in which the Cre recombinase is only activated in certain cell-types, meaning only certain cells will glow in the pair’s offspring while others will not. In a third case, the researchers can control when the cells begin to glow by supplementing the pups’ diet with a drug called tamoxifen, which turns on the fluorescence. While the change isn’t visible to the naked eye, the florescence can be seen by photographing the mouse pups with a fluorescent scanner or an ultraviolet flashlight.

“The utility of this is that instead of having a pea soup of lots of different things, you have individual components that are labeled, and we know where they came from,” Feliciano said. “The reason that’s important is because it allows us to see how different cells contribute in different physiological or pathophysiological states.”

Previous research in the Feliciano lab found that extracellular vesicles are released by neural stem cells and then taken up by microglia, the immune cells of the central nervous system that are the first line of defense against infection, damage or inflammation in the brain. That study signified that extracellular vesicles could potentially be engineered to direct microglia to diseased or damaged portions of the brain, where they could aid in the immune response.

With the development of the TIGER mouse, Neckles was able to uncover another cell-type that releases EVs: astrocytes, the glial cells of the brain and spinal cord that pass nutrients, maintain ion balance and repair nervous system injuries, among other functions.

“What we figured out using the mouse is that the astrocytes release EVs that help the microglia mature,” Neckles said. “We don’t know the precise mechanism by which this occurs, but thanks to the mouse, we can identify at least a few different sources of EVs and interpret how they function differently.”

The significance of this work, Feliciano says, is to generate an “atlas” that could aid in the diagnosis and treatment of a variety of diseases.

“If you have a cell type, and you know how it is changing in any disease and how the EVs that it releases change, then you basically have an atlas—a map of information for each vesicle for each source,” Feliciano said. “So, somebody comes into the clinic, and they have a certain disease with certain symptoms. You could imagine taking their vesicles from a blood sample, and you basically have a barcode or a fingerprint that matches our known barcodes. And we could say, ‘This looks like a lot of astrocyte EVs, a lot of sick EVs.’ And we could diagnose disease based on that.”

After five years since the study’s conception, and after thoroughly vetting every piece of data to develop a transgenic mouse, Feliciano says his team is in a regrouping phase.

“Now that we’ve figured things out, we get to ask, ‘What do we want to study the most?’ We have the tool that nobody has, so what question is the most important question that we can answer and contribute to?” Feliciano said.