Home » Health Problems » What is a Concomitant Illness? 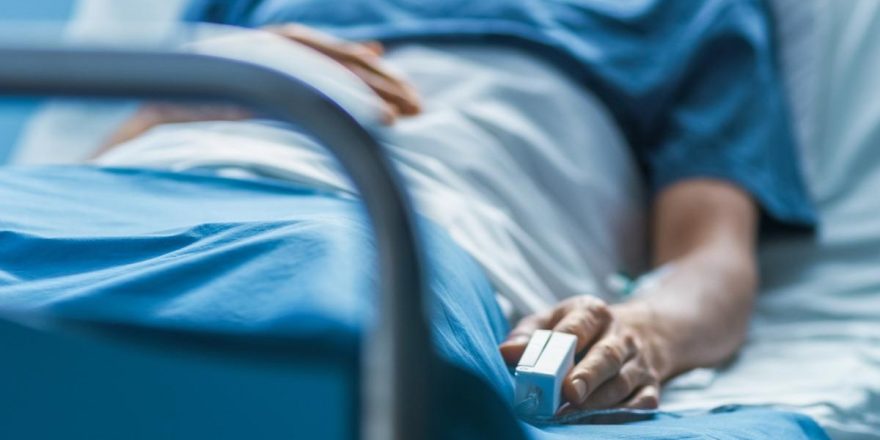 What is a Concomitant Illness?

In the medical setting, the presence of concomitant disease is usually termed multi-mobility or comorbidity, though there is a distinction between the two terms.

In the case of comorbidity, the focus on the specific illness remains central to treatment, which is considered complicated by the presence of additional health problems. Interestingly, no standardized guidelines to measure or assess multimorbidity are available. Healthcare professionals that treat multimorbid patients face several problems related to screening and diagnosis and what is considered to be a condition versus a benign occurrence or drug reaction in the individual.

Diabetes: an example of a primary illness that causes several concomitant diseases

Concomitant Is a ubiquitous term that can be applied to a range of diseases. However, the concomitant illness tends to arise in primary illnesses which compromises the individuals' immune system. A notable example of this is type 2 diabetes, considered the most frequent chronic metabolic disease worldwide. Chronic hyperglycemia results in the widespread damage of several organ systems, posing a considerable health challenge and economic burden on the individual on a societal scale. The prevalence, lifetime risk, and concomitant comorbidities (illnesses) affect the disease burden.

The co-occurrence of multiple diseases inevitably leads to the use of several drugs used to manage each of the individual illnesses; this condition is known as polypharmacy. Over the past two to three decades, problems related to aging, multimorbidity caused by concomitant illnesses, and polypharmacy have become a global healthcare concern. This reflects the shift in patient admission to internal medicine wards, where patients who primarily complained of illnesses affecting only one organ or system on now replaced by elderly people with multiple chronic diseases.

This is in part, due to huge shifts in developments in health technology which enable more accurate diagnosis of several subclassifications of diseases, as well as specialists of internal medicine, such as cardiology, pulmonary, gastroenterology, etc. Alongside this, advancements in treatment and healthcare have resulted in the efficacious treatment of a range of diseases, which has extended the average life span.

Indeed, one in six people worldwide is aged 65 years or over, and by 2050, this is expected to increase to one in four. Those aged over 80 are considered the fastest expanding population and are expected to reach approaching 30% of the overall population in the richest nations by 2050.

With the increasing opportunity to age, there is an increased risk of developing multiple chronic diseases, comorbidities, disabilities, frailty, and social isolation. The incidence of concomitant illnesses in the elderly has been estimated to be between 55% and 98%, occurring most frequently in the very old, women, and those considered to be of low socioeconomic status.

While multimorbidity often involves the concomitant occurrence of two or more diseases, the combination, distribution, and development of different types of disease, known as clustering, remains to be fully understood. Alongside this, the mechanisms that lead to the concomitant occurrence of disease, as well as the natural history of these multiple conditions, is necessary to inform treatment. This involves understanding genetic and biological factors, lifestyles, and socio-economic determinants, as well as their implications on multimorbidity.

Clinically significant drug-drug interactions result in the reduced therapeutic effects of the drug and increase the occurrence of adverse drug reactions, with treatment outcomes being compromised.

An additional problem that results from multi- and comorbid conditions alongside emergency hospital admission, adverse drug events, and polypharmacy, are duplicate testing and the poor coordination of care. This is because healthcare workers have limited guidance and experience when conducting screening and making decisions for patients with both multi and comorbid conditions. In large part, medical training and clinical care are predominantly informed by evidence-based guidelines that are limited to either single diseases or single organ systems.

Clinical practice is becoming increasingly specialized, which exacerbates the problem of decisions for treatment being made on relatively narrow aspects of an individual’s health problems. At present, the systems of medical care are particularly poorly prepared to deal with patients who have concomitant diseases. This is especially pronounced in clinically relevant settings such as primary care (general practitioner) and services that are limited to the care of an aging population.

Read Next: Comorbidities in Older Adults

Concomitant diseases are becoming increasingly prevalent with an aging population and developments in disease management and treatment. Despite the impact of medical and clinical advances which have greatly improved the prognosis and quality of life of individuals, there exists a growing problem brought about by concomitant conditions, that obscure treatment decisions and increase the potential for adverse events due to polypharmacy. Moreover, the ability to make appropriate and evidence-based treatment is confounded by a lack of specialist knowledge and lack of guidelines.

As such, the cost of care remains high in concomitant diseases, due to high rates of primary and secondary care consultations in addition to unplanned hospital admissions brought on by polypharmacy. The combination of both physical and mental disorders further increases the complexity of care and the costs associated with it.

Patients with concomitant diseases have complex healthcare needs and face challenges in their management. These require a holistic approach by a generalist, which balances the competing priorities of specialist, single-disease, and target-based management approaches to multiple concomitant conditions which consider the overall wellbeing of the patient.

Hidaya is a science communications enthusiast who has recently graduated and is embarking on a career in the science and medical copywriting. She has a B.Sc. in Biochemistry from The University of Manchester. She is passionate about writing and is particularly interested in microbiology, immunology, and biochemistry.