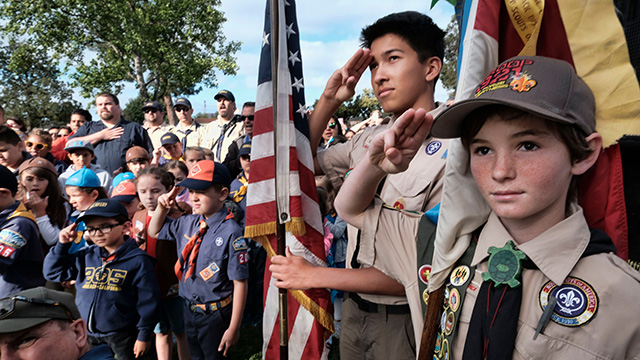 The Boy Scouts of America is the latest organization to admit that it needs to do more to fight racism. On Monday, it issued a statement in strong support of the Black Lives Matter movement and announcing that a new diversity and inclusion badge will be required to attain the rank of Eagle Scout. It’s the latest in a multi-year progressive — if rocky — evolution of the 110-year-old organization, that is, predictably, sparking debate about whether it’s a step too far or not far enough.

“We realize we have not been as brave as we should have been because, as Scouts, we must always stand for what is right and take action when the situation demands it,” reads the letter on ScoutingWire.org.

“We condemn the murders of George Floyd, Ahmaud Arbery, Breonna Taylor and all those who are not named but are equally important,” the letter continues. “We hear the anguish, feel the heartbreak, and join the country’s resolve to do better. The Boy Scouts of America stands with Black families and the Black community because we believe that Black Lives Matter. This is not a political issue; it is a human rights issue and one we all have a duty to address.”

BSA also said it will review “property names, events and insignia, in partnership with local councils” and eliminate any symbols of oppression. (The organization banned Confederate flags 30 years ago, but there may be other remnants of similar symbolism.)

On Twitter, many parents of scouts and adult alums of the program applauded this statement.

“As a former Cubmaster & Scoutmaster, current Eagle Dad and used-to-be-a-Bobwhite, I am glad BSA is making this significant commitment,” Jason Bostick wrote. “It’s not enough to ‘not-be-racist.’ Being anti-racist is going to require self-work and that’s gonna make folks uncomfortable.”

This statement by BSA comes after the organization officially allowed openly gay members in 2014, lifting the ban on gay leaders in 2015, and allowing transgender boys and all girls to join what’s now called Scouts BSA in 2017. And according to NBC News, it has a better history than most old youth organizations when it comes to integration. But it hasn’t been on a steady climb toward progressive values.

In 2017, for example, BSA invited President Donald Trump to speak at the National Scout Jamboree.  Chief Scout Executive Michael Surbaugh subsequently apologized for violating their tradition of remaining nonpartisan. Another mark on its reputation is the fact that it just filed for bankruptcy protection in the face of mounting lawsuits from boys who were allegedly sexually abused by Scout leaders.

“I’m glad the BSA is finally causing change,” @Whobutwbmason24 tweeted. “The 2017 NSJ should [have] been the wake-up call. I hope that Eagle required badge talks more than just POC inclusivity, but also LGBT, religion, and native acceptance. As a trans Eagle scout, I look forward to seeing the progress done.”

Others also pointed out that they have been unsatisfied with BSA’s response to calls to end the cultural appropriation of Native American traditions, particularly during Order of the Arrow ceremonies. As of this year, American Indian attire is allowed during the ceremony, as long as a local tribe has not specifically complained about it.

“I hope that your review of ‘symbols of oppression’ includes the use of appropriated symbols in the Order of the Arrow,” Jake Winfield wrote.

Still others were unhappy with BSA’s stated support of Black Lives Matter.

“After 4 generations, I am pulling my children from the BSA,” ChambersNGaming wrote.  “Their recent support for the Black Lives Matter organization is in violation of my Catholic values. BLM supports abortion, undoing the nuclear family, legalizing prostitution, defunding the police, etc.”

We’ll just leave you with this retort to that one, from Brian Parra: “Love it when the trash takes itself out.”

Celebrate pride this month and all year long with these diverse children’s books. 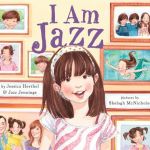 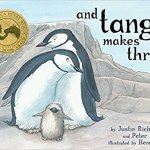 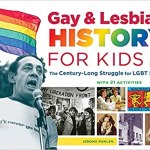 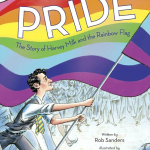