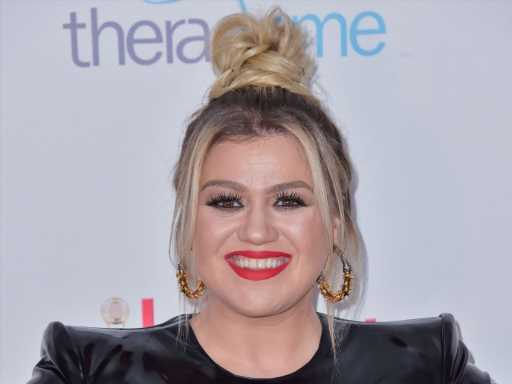 As Kelly Clarkson welcomes the prospect of creating new holiday traditions as a soon-to-be single mom amid her divorce from Brandon Blackstock, it seems one “tale as old as time” tradition isn’t welcome in her household. The singer is ringing in the season by answering fan questions on Instagram about her holiday festivities, including why she won’t have a real Christmas tree in her house.

“I usually do artificial,” she shared, “I always feel like I don’t want to cut a tree down. That’s my thing.” Clarkson added that growing up poor, her family always had an artificial tree, and she’s continued the same tradition with her two kids, daughter River Rose, 7, and son Remington Alexander, 5.

“First of all, we were poor growing up, so we had a fake plastic tree, and also, there’s something kind of special about bringing out that tree you have every year that I love. And then you just put a candle on and it smells like a Christmas-y forest.”

Still, it seems Clarkson’s home is filled with greenery, with the talk show host adding, “I have a lot of plants at my house, I’m into gardening and stuff, but I’m not willing to dive that deep. If [River and Remington] want a real tree, they can do that when they’re older, my children, in their own house, on their own time.” In her caption, she infused her signature humor, writing, “Fake. Pre-lit. All The Way! Mama ain’t got time, y’all! 🎄”

Of course, there are plenty of benefits to both methods, but we totally get why Clarkson is all about the artificial tree. Aside from being cost-efficient and offering super easy cleanup (no pine needles everywhere or watering needed!), they’ll last a long time, help prevent allergy sufferers from experiencing a flare-up, and won’t run the risk of bringing icky stuff inside homes such as mold, fungi, bugs, or other creepy crawlies, such as a venomous snake. Yes, really. Don’t say we didn’t warn you.