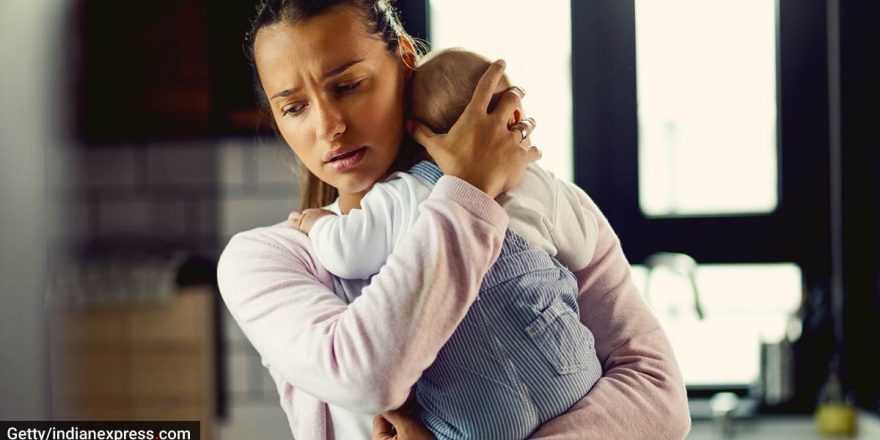 Watch: Here’s how busy mothers can let go of their ‘mom guilt’

Mothers need to stop feeling guilty for working long hours, or for trying to prove their worth. Educator and author Tiffany Stallings worked long hours to pursue her career goals and realize her dreams. But one night at an ungodly hour, as she was neck-deep in work, she received an email from her daughter who asked her when she would return home. Surprised at first, Stallings wondered why her daughter was up, and why she had sent her a mail. Turns out, her daughter had had a bad dream and had walked into her mother’s empty room to find some comfort that night. Stallings had felt incredibly guilty — a feeling that many parents know and understand.

In her TED talk, she says she had her first child as a 20-year-old college sophomore. She says she felt guilty all the time because she was not able to raise him the way she had been raised. “When I had him, I walked out of the hospital with a baby in one hand and less than a dollar in the other. I remember feeling guilty because there were many mornings that I had to wake up a sleeping infant so that I could get to school and work on time. And I would cry myself to sleep, because I would only see him for a few moments at night before it was time to go back to bed. I felt guilty, guilty, guilty,” she confesses.

ALSO READ | 5 films on caste, race and inclusivity to watch with your teen this week

Stallings goes on to say she had two more children, a husband, a house, but she never really felt at ease. She continued to feel guilty, because she “didn’t breast-feed long enough”. “I felt guilty because on the weekends, I simply wanted to rest, instead of shuttling my children into yet another playdate. I felt guilty, because I couldn’t afford to stay at home with them,” she says.

Eventually, her marriage failed. Her business — for which she sacrificed her family life — folded. She became clinically depressed, and even contemplated ending her life.

“It finally dawned on me that I was not going to be this perfect mom. And I finally changed my mindset and unleashed the mom guilt by accepting three truths: there is no perfect mom… comparison is a thief of joy… and lastly, our children treasure special moments, not things. They are not going to remember something we bought them, but they are going to remember the special times,” she says.

In conclusion, Stallings advises that mothers need to unleash their mom guilt. They need to stop feeling guilty for working long hours, or for trying to prove their worth. Mothers who stay at home must let go of their guilt, too, for trying to take a few minutes to catch their breath. As should those mothers who bottle-feed their children instead of breastfeeding them. “Take that same energy and use it to inspire, to empower, and motivate your children, for they love you just the way you are,” she concludes her talk.

📣 The Indian Express is now on Telegram. Click here to join our channel (@indianexpress) and stay updated with the latest headlines

For all the latest Parenting News, download Indian Express App.