Home » Personal Health » 10 Signs You Have A Controlling Partner 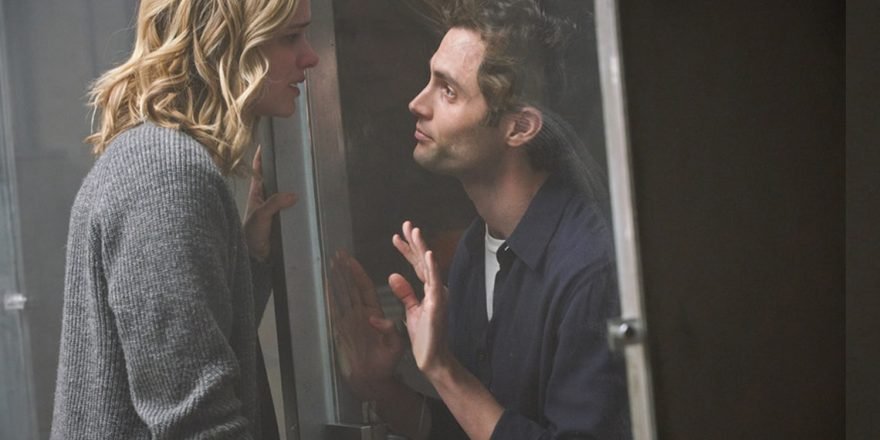 10 Signs You Have A Controlling Partner

“You feel like you’re being pursued, and that’s cool and feels amazing—until it feels awful,” says Megan Bruneau, RCC, a therapist in New York City who specialises in relationships and other issues facing her millennial clientele.

But it’s not always easy to distinguish true love from a controlling relationship. In fact, “a lot of signs of a controlling partner can be highly romanticised in the beginning of the relationship,” says Heather Lofton, PhD, a therapist at the Family Institute at Northwestern University.

So while all those “sweet” moments he spends concerned about your whereabouts could mean chivalry isn’t totally dead, it could also hint at potentially controlling behaviour. It’s important to have your radar up, experts say, because what starts as annoying can wind up abusive—and that’s much harder (and more dangerous) to get away from. “One of my biggest concerns is how grey some of these things can be until you’re a year into a relationship, which can be difficult to sort through and leave,” explains Lofton.

If you think you might have a controlling boyfriend, here are 10 signs to look out for:

Sure, any relationship is a time commitment and may require you to adjust priorities. Maybe you no longer spend all weekend brunching and binge-watching Vanderpump Rules with your girls, or every weeknight glued to work. But if your BF is controlling, he may not only dislike you spending time with the other important people in your life, but might even try to turn you against them (“Your mom sure treats you like crap”), so you think the distance is a good thing, Bruneau says. Take note now.

2. You don’t have many other people to talk to.

Similarly, a controlling partner isn’t cool with the concept (and pretty much the fact) that he can’t meet all of your needs. If you no longer call your college BFF for advice or to vent because your BF has made you believe he should be your one and only source of support, you may have an impending problem on your hands. “It’s a form of isolation that I encourage all women to be aware of,” says Lofton.

3. You’re apologising all the time.

Find yourself saying “sorry” a lot, even though you’re not entirely sure what you’ve done wrong? That’s a check in the “controlling partner” box. Someone who wants to have all the power in a relationship often turns their own faults on you—making you feel like you’re the one who’s too critical, not committed to the relationship, or even a bad girlfriend—because that’s how they stay in control.

“You might say, ‘I wasn’t being empathetic enough or patient enough,'” Bruneau explains, or feel like you’re always “messing up.” In reality, your partner should be the one apologizing.

4. You’re hiding innocent things from him.

Say you go to an impromptu happy hour after work or run into a friend and get sidetracked catching up. Do you consciously avoid telling your partner about it? That’s a red flag, according to experts. “If there are a lot of secrets you’re keeping for fear of judgment or the way he might respond… it may be a sign he’s controlling,” says Bruneau.

5. His love is conditional.

While many signs of a controlling partner are subtle, this one—”I’ll only love you if” or “You’re going to push me away if” sentiments—should set off the alarm bells, Lofton says. “This form of controlling looks like, ‘I love you once you get a new job,’ or, ‘You will be more desirable to me as soon as you change your hair colour or lose weight,'” she explains. “That can lead to women believing they’re not accepted or worthy of love.”

If your boyfriend is confident, charming, and persuasive, you might think you’ve hit the jackpot. After all, those are all great career skills, and they’re probably part of what makes him attractive. But they could also make him a controlling partner. For example, your BF might say something like “having male friends is disrespectful to our relationship” with such confidence that you think, “I guess that’s the truth” or “I was so naïve in past relationships,” Bruneau notes. “You get to this place where you don’t even trust yourself anymore.”

7. He treats you more like a child than an equal.

When you lived with your parents, you couldn’t leave the house in a short skirt or come in after midnight. It wasn’t always fun, but hey, that’s kinda what parents are for. A partner, however, should treat you like, well, a partner.

Rules or restrictions on what you wear, who you hang out with, what you eat, or how you spend your free time are not okay. “That’s a form of extreme protection and possession that can, again, be viewed as flattering, but also very damaging at the same time,” says Lofton.

Will your BF just not let go of that one time you cancelled plans or when you told your friend about something before him? That’s not fair, and potentially controlling, Bruneau says. “Little interactions that keep getting brought up can make you feel like you owe something to them,” she says. You don’t.

If you want to share, say, your salary with your partner, feel free. But if he demands to see sensitive and irrelevant-to-him things like your text message history, bank statements, and work computer, consider yourself warned. One way controlling partners “maintain that level of control [is] by being very transparent about what they’re going through,” says Lofton.

10. He criticises the most mundane things.

Did you used to think making the bed or chopping onions was nbd, but now, even those inconsequential habits are under your partner’s scrutiny? Sounds like a controlling relationship. Still, it can be tough to recognize when you’re in it, Bruneau says. If you grew up with critical parents or are self-critical (aren’t we all?), “hearing that criticism almost feels more comfortable than not hearing it,” she says.

Okay, so now what?

Any one of these signs alone probably doesn’t mean you’re in a controlling relationship—especially if it only happened once. Maybe your partner had a moment of weakness and read an email you left on the screen.

But, if several of these signs add up to an overall controlling pattern, take action before the behaviour becomes abusive.

If you’re in what Lofton calls a “low-risk controlling relationship,” you can still talk to your boyfriend about how you feel and why you think there is a level of disrespect. “Your partner may be open to hearing that kind of language,” she says.

Next, make an effort to reach back out to those friends and family members who’ve been slipping away since your relationship began. “Those people will be your supports and confidantes in navigating the challenges within your romantic relationship and will help give you the strength and validation necessary to making clear-minded decisions,” says Bruneau. If the relationship starts to slip into abusive territory, those folks will likely be the ones to point it out—and help get you out.

Also consider professional help. “Some of these behaviours can be worked through in therapy,” Lofton explains, pointing out that, sometimes, the behaviour stems from some past trauma in the controlling partner’s life. Try going to a marriage and family therapist together, and encourage your partner to see a therapist on his own, too. “Therapy can help the controlling partner understand the development of the behaviour and create tools for dismantling it,” says Lofton.

If he resists, then you should seriously think about ending the relationship. After all, there’s no point in staying with someone who knows their controlling behaviour makes you unhappy but doesn’t want to do anything about it. And if that seems difficult or even dangerous (which it certainly can be), seek out help via au.ReachOut.com