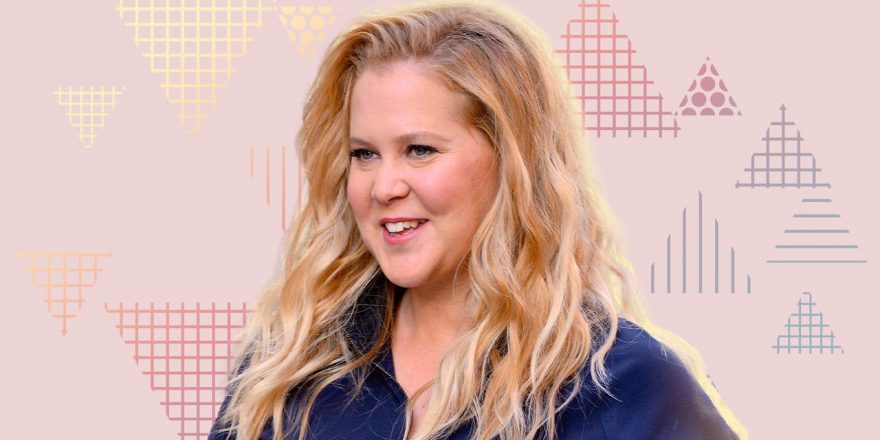 Last week, Jessica Simpson made headlines when she announced she'd lost 100 pounds in the six months since giving birth to her daughter Birdie Mae. Now, Amy Schumer's making a similar announcement—and putting an extremely "Amy Schumer" spin on it.

On Monday, Amy shared a photo of herself on the beach with her sister Kim while wearing a two-piece swimsuit: a black crop-top with matching high-waisted bottoms. Amy gave a shout-out to Jessica in her caption: "Ok Simpson," she wrote. "I've lost 10 pounds and 100 dollars to my sister playing poker. #norush #givememymoneybackkim."

Just a reminder: Amy gave birth to her son Gene Attell Fischer nearly five months ago after a particularly tough pregnancy, dealing with a condition called hyperemesis gravidarum, or severe nausea and vomiting.

Amy, of course, didn't hold back when it came to that news, either, posting from her hospital bed to ler her fans know what was up. "I have hyperemesis and it blows," Amy wrote in the Instagram caption, shared nearly a year ago. "Very lucky to be pregnant but this is some bullshit!"

Texas I am so deeply sorry. I have been really looking forward to these shows. I have to reschedule. I am in the hospital. I’m fine. Baby’s fine but everyone who says the 2nd trimester is better is not telling the full story. I’ve been even more ill this trimester. I have hyperemesis and it blows. Very lucky to be pregnant but this is some bullshit! Sending so much love to the doctors and nurses taking great care of me and Tati! They are cool as hell! And Texas I am really really sorry and I’ll be out there as soon as I’m better.

As for her most recent Instagram share, it's clear that fans are loving her honesty about her postnatal body and "no rush" sentiments. "You look incredible. Plus your body created another human. You rock" wrote one commenter, while another shared, "You are so real and that’s what we love about you most!!!" Even more thanked Amy for showing that post-pregnancy weight loss isn't immediate—and that that's totally ok.

To get our top stories delivered to your inbox, sign up for the Healthy Living newsletter.