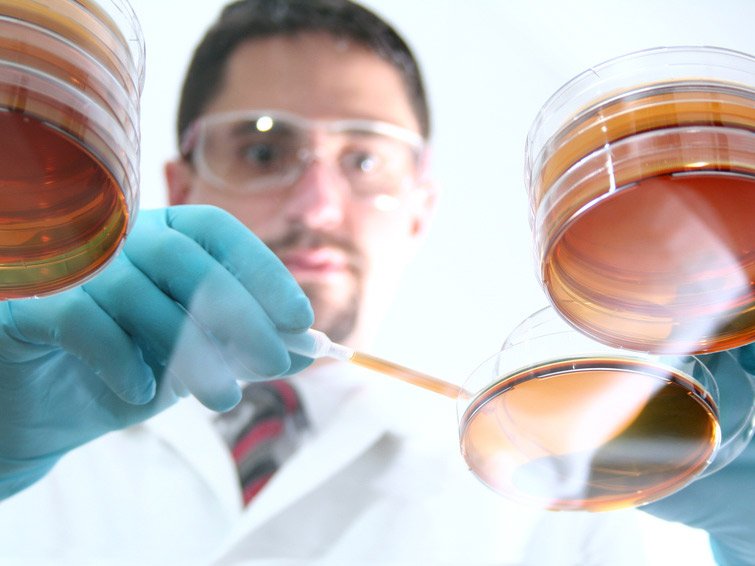 Bacteria from a healing earth to inhibit resistant bacteria

Scientists have isolated from an Irish soil, used for centuries for healing various diseases, a new strain of bacteria. These bacteria were able to inhibit the growth of resistant pathogens. Now, the hope that they may serve as producers of new antibiotics.

Earth from a particular Region of Ireland contains a previously unknown strain of bacteria. The bacteria, which the name Streptomyces sp. Myrophorea, were able to inhibit the growth of four of the six most important antibiotic-resistant pathogens, including MRSA. An international Team of researchers from Wales, Brazil, Iraq and Northern Ireland found out. What is the substance behind this anti-biotic properties, is currently being investigated, the scientists write in the journal Frontiers in Microbiology.

Professor Paul Dyson from the medical faculty of the University of Swansea says: "This discovery is the resistance is an important step in the fight against antibiotics. Our results show that folk healing and traditional medicines should be investigated in the search for new antibiotics: It seems that part of the answer to this very modern Problem could lie in the wisdom of the past."

The comes from the researchers investigated the healing earth from the Bohemian Highlands in the North of Ireland. The alkaline soil was deposited there thousands of years ago, and is used for a long time in traditional folk medicine for the treatment of various diseases such as toothache or sore throat. The world health organization (WHO) referred to the Problem of antibiotic-resistant germs as "one of the greatest contemporary threats to global health, food security and the Entwicklung".