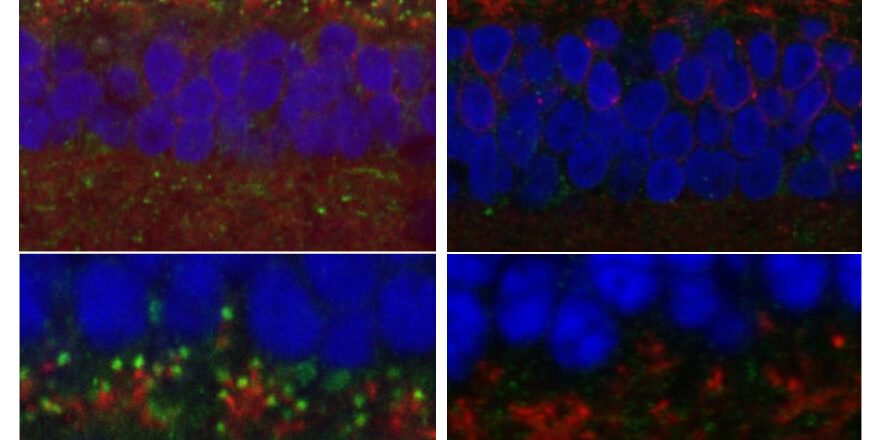 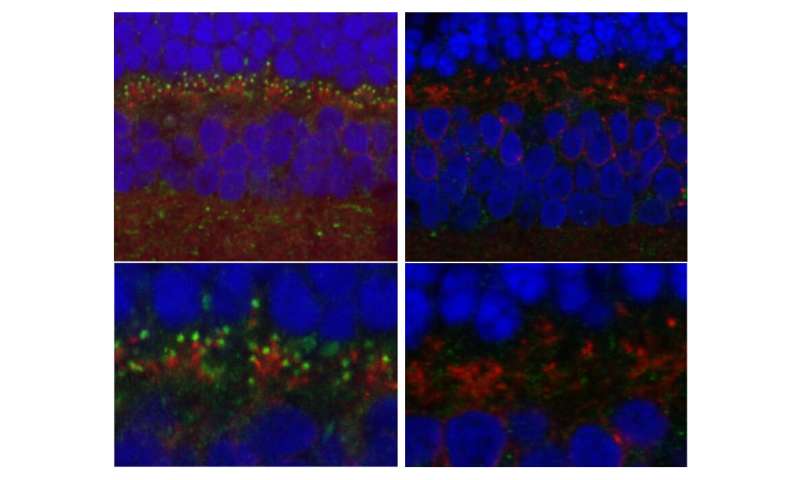 Creating an effective gene therapy for inherited diseases requires three key steps. First, scientists must identify and characterize the disease. Second, they must find the gene responsible. And finally, they must find a way to correct the impairment.

Four years ago, a team from the University of Pennsylvania, in collaboration with a group from Japan, ticked the first box of that checklist with regard to a form of congenital night blindness in dogs. Now, in a paper in the journal Scientific Reports, they announce success in the second stage: they’ve identified the gene responsible.

“We have indeed nailed down the exact genetic mutation that is causing this disease,” says Keiko Miyadera, an assistant professor of ophthalmology at Penn’s School of Veterinary Medicine and the senior author on the paper. “The next stage is to work on treating this condition; that is to come, and we’re very excited about it.”

People with congenital stationary night blindness (CSNB) have virtually normal vision during the day, but struggle to make out objects in dim light. The heritable condition is present from birth and can arise from mutations in a number of genes. While the modern world is generally well-lit, this form of blindness can seriously impact quality of life in areas where artificial lighting is not as readily available.

In a 2015 publication in the journal PLOS ONE, a team including Miyadera and Gustavo Aguirre, a professor of ophthalmology and medical genetics at Penn Vet, and Rueben Das, then of Penn Vet and now of Penn’s Perelman School of Medicine, in collaboration with a team led by Mie University’s Mineo Kondo, announced that they had, for the first time, found a form of true CSNB in dogs.

In the current work, the researchers continued their collaboration, this time working to identify the genetic mutation responsible. Taking advantage of relatively affordable genome sequencing technology, the team performed a genome-wide association study to narrow down the candidate genetic regions potentially involved.

Using a chip capable of identifying single nucleotide changes at 170,000 points in a dog’s genome, the researchers studied 12 dogs with this form of CSNB and 11 unaffected dogs. All of the animals came from a closely related family, helping the differences between them stand out.

That analysis narrowed their target to a region of the genome roughly 4 million nucleotide basepairs in size—still too large to search gene by gene. Instead, they carried out whole genome sequencing and used the results to compare to an international dataset containing genomic information from more than 250 dogs and looked for genes in which affected dogs had two copies of a mutation, carriers had one, and other dogs had none.

“We found a mutation that was quite convincing,” says Miyadera. The mutation affects the LRIT3 gene, involving a deletion of one basepair, causing the resulting protein to be truncated. Notably, LRIT3 mutations have also been implicated in CSNB in people.

In its normal form, LRIT3 ensures that a molecular channel protein, TRPM1, is properly localized at the tip of a cell type adjacent to the retina’s light-sensing photoreceptor cells. This secondary layer of retinal neurons, called ON bipolar cells, relay signals from the photoreceptors on their path to the brain. The mutation appears to specifically affect those ON bipolar cells that are associated with rod cells—those that kick in strongly allowing vision in dim light.

Once they had zeroed in on the LRIT3 mutation, they were able to firm up the evidence that it was the gene responsible, examining tissue from affected dogs and examining how having a normal versus mutant LRIT3 affected the cell and protein markers and expression of TRPM1 in laboratory experiments.

While the mutation affects the function of the ON bipolar cells, the researchers found that the structure of the retina appeared to be relatively unaffected by the mutation.

“That’s critical for developing a gene therapy,” says Aguirre. “If the structure isn’t in place, you’re not going to be able to restore vision with that approach.”

The team is already at work designing a gene therapy approach to correcting the mutation. The effort entails a different challenge from previous forms of blindness the group has worked on, as targeting the ON bipolar cells requires approaching the retina at a different layer that is not as readily accessible as the photoreceptor cells. “What’s unique about this area of work is that we are trying to target a cell type that has been under-utilized as a therapeutic target before,” says Miyadera.