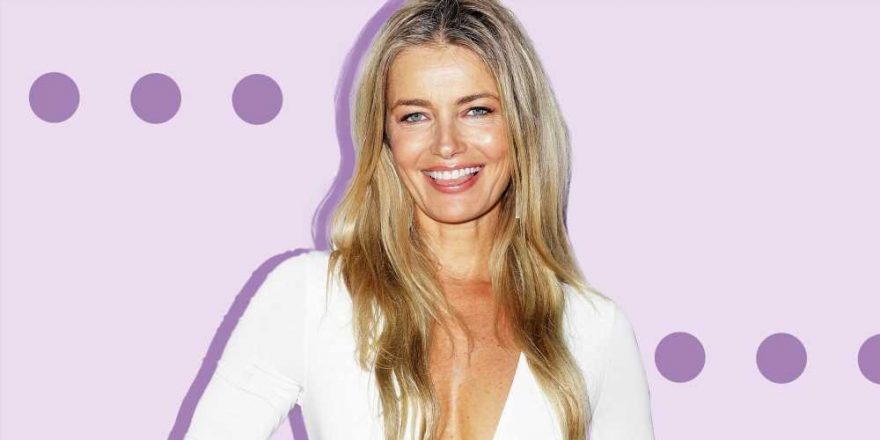 Though she's spent most of her career on the catwalk, Paulina Porizkova has recently transitioned herself into a social media advocate/powerhouse of sorts with one main mission: To remind us all that "#sexyhasnoexpirationdate."

On Wednesday, Porizkova did that again with a new photo of herself in lingerie, paired with another honest caption about aging. "When I was younger, I put on lingerie for HIM," she began the caption. "Now I dress in lingerie for ME."

The 56-year-old former supermodel went on to highlight how her beauty has evolved—not devolved—as the years have gone by. "No, I no longer have the suppleness of youth, but I have the softness of maturity," she wrote. "My eyes may not be as clearly defined or wide, but they see so much more. My lips may not be as full, but they are far more willing to speak truths and laugh without restraint. My hair is no longer brown, but the softening silver strands add interest and contrast. My skin no longer reflects light like a polished mirror, instead it gathers it, and puts it inside my heart, where it warms and makes me shine."

She then confessed one regret: Failing to love and accept herself sooner. "I celebrate me, my body and the things it can do and feel. (So what – a little hip arthritis…) And mourn the years I lost to be able to fully appreciate it," she wrote. "I've never liked the way I look more than I do today. (The other stuff is still work in progress.) And THAT's why I wear lingerie."

Porizkova's followers—celebrities and fans alike—praised her for her message. "All true. Beautifully said. Beautifully presented every day. Love live," wrote actress Selma Blair. Another commenter wrote, "this is wonderful, and you don't have to apologize for aging." (To which Porizkova replied: "I'm certainly not."

But Porizkova's comments section isn't always so positive: In November, a male commenter accused her of focusing "way too much" on herself and her looks. "At your age, you should be bathing in the love of your kids and your grandkids instead of traveling all over the world, parading around half naked and acting like a 16 year old. Move near your kids and grandkids, settle down, get a nice house, making it welcoming for your kids and grandkids and starting living a life for others," he wrote. (Naturally, Porizkova took a screenshot of that comment and posted it to her Instagram feed.)

Shortly after, Porizkova shared another nude photo of herself to prove a point to the commenter—and any other age-shamers that might lurk on her page. "Yesterday's comment of one @jamesorvin is only important insofar as to highlight the still common belief THAT WOMEN ARE ESSENTIALLY CHATTEL. That once we have stopped breeding, we should be retired to provide nourishment for others," she wrote. "I'm 56, and living my best life. After a lifetime spent taking care of others, I finally get to do ME. Sure, I can also knit and bake and bask in the warm glow of my family on the rare occasion they need me, but I can also bask in the glow of a tropical sun, a lover's arms, and here the fabulous light of [photographer] @luigiandIango."

According to Porizkova, she shares bikini photos, not for "compliments or likes" but because she "finally" feels good in her own skin. "I'm doing it because you see thousands of images of younger women in the same situations. That's what you're used to seeing. No one tells them to put their clothes on. By what standard is it ok to ogle a nude teen, but not a mature woman?" She ended on this note: "I may be posting for you, but I pose for myself."