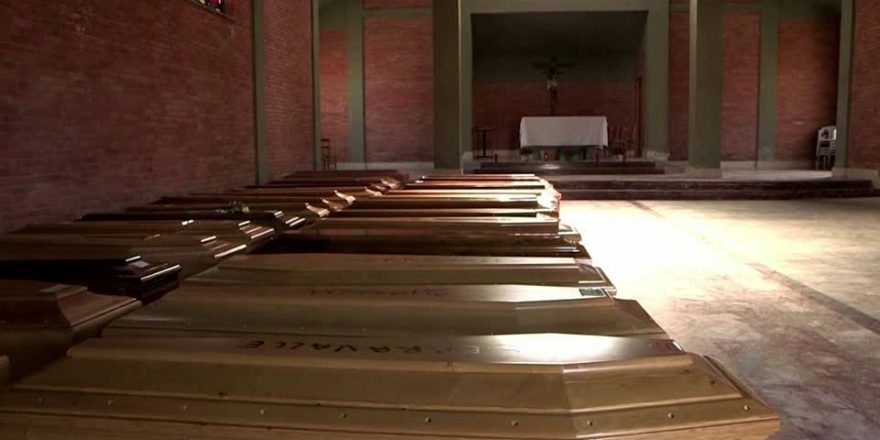 Images such as these illustrate the dramatic situation in the North of Italy: dozens of coffins lined up in a small chapel of the crematorium in Serravalle Scrivia, North of Genoa, waiting to be cremated. The place is around 150 km from Bergamo, where the capacities of the crematoria are completely exhausted. Italy counted on Monday, according to the official, around 60,000 with the Coronavirus-infected persons. The number of people who died from the effects of lung disease, is, therefore, about 5,500. Currently, it is a sad world record. And most of the victims come from the North of Italy. Michele Marinello, spokesman for the Altari-crematorium group, on Monday in Serravalle Scrivia: “Normally, our facility holds up to 30 coffins, but at the moment we have over a hundred here. The space problem is because we need to perform in the Moment of the 24 cremations per day. But today, we received an average of 40 coffins. So we need to use temporary intermediate camp like this.” The crematorium of Serravalle Scrivia, which normally works with dead bodies from Liguria and Piedmont, now receives 50 percent of deceased persons from the nearby Region of Lombardy, in which, among other things, the badly affected city of Bergamo is located.